Dr. Frank E. Ross, III is a student advocate who has spent his career committed to enhancing the student experience. He brings 27 years of leadership in higher education administration at both private and public universities, and also contributes to the student affairs profession through both his scholarship and service.

Frank is a national leader in the student affairs profession with involvement in NASPA, the preeminent international association dedicated to the advancement, health, and sustainability of the student affairs profession. He served as a member of the NASPA Board of Directors, was the national director of Knowledge Communities, and served as chair for the 2016 NASPA Annual Conference. He also was a member of the James E. Scott Academy Board for senior student affairs officers. Currently, Frank is the Chair of the NASPA Advisory Services steering committee.

The majority of his scholarship has focused on student development and success in the first college year, with a special emphasis on creating conditions for success for students from underrepresented backgrounds and identities. Frank previously served as the Editor of the Journal of Learning Communities Research. His latest publication is a book focusing on professional competencies in student affairs. 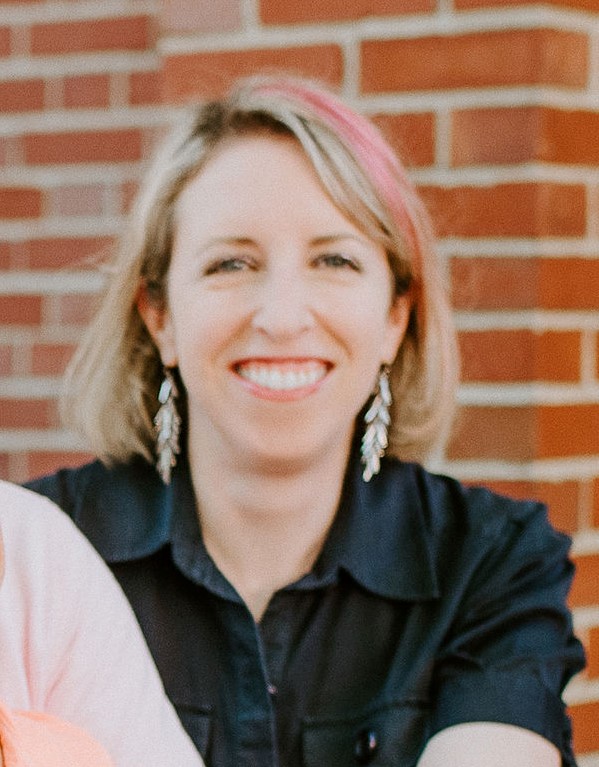 Dr. Bridget Yuhas has more than 15 years of experience in higher education functional areas such as student activities, alumni engagement, development, housing, and assessment. During her doctoral studies at Indiana University, she worked at the National Survey of Student Engagement (NSSE) where she frequently wrote experimental item sets for NSSE’s partner survey, the Faculty Survey of Student Engagement. Since arriving at Butler University in 2018, Dr. Yuhas has created ways to measure the efficacy of BU|BeWell, Butler’s framework for student well-being, and share results of those measurements to inform stakeholders’ practices across campus. She has presented original research on student well-being at NASPA Strategies, NASPA Annual Conference, Assessment Institute, NIRSA Annual Conference, AAC&U Annual Meeting, the Annual Conference on the First-year Experience, and NIRSA’s Summer of Learning; and has partnered with the National Wellness Institute to study professional well-being practitioner competencies both within and outside of higher education. Dr. Yuhas developed the Student Well-being Institutional Support Survey (SWISS) and is that project’s primary investigator. She frequently consults with colleges and universities on how to take action based on student data in order to increase student well-being on their campuses. 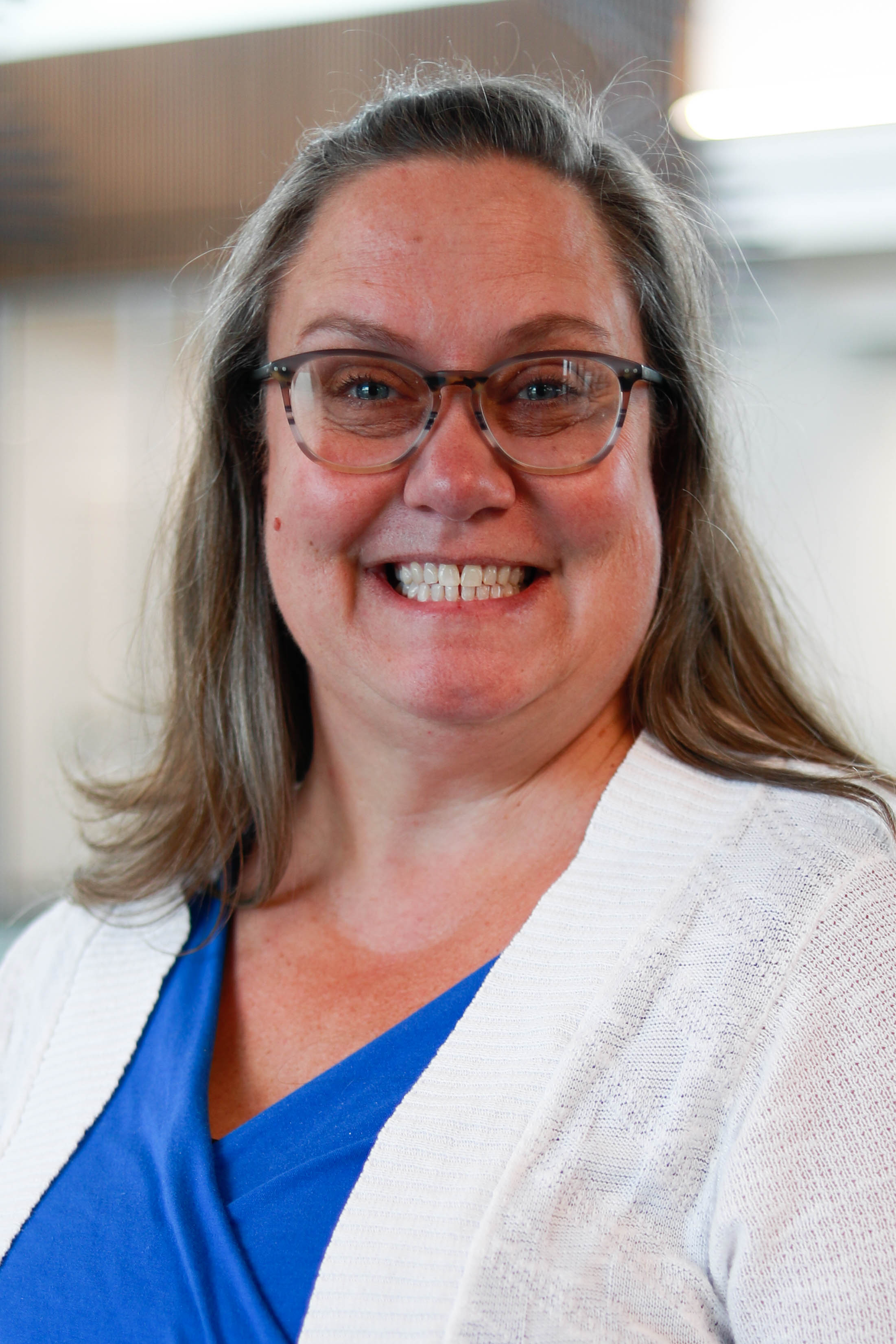 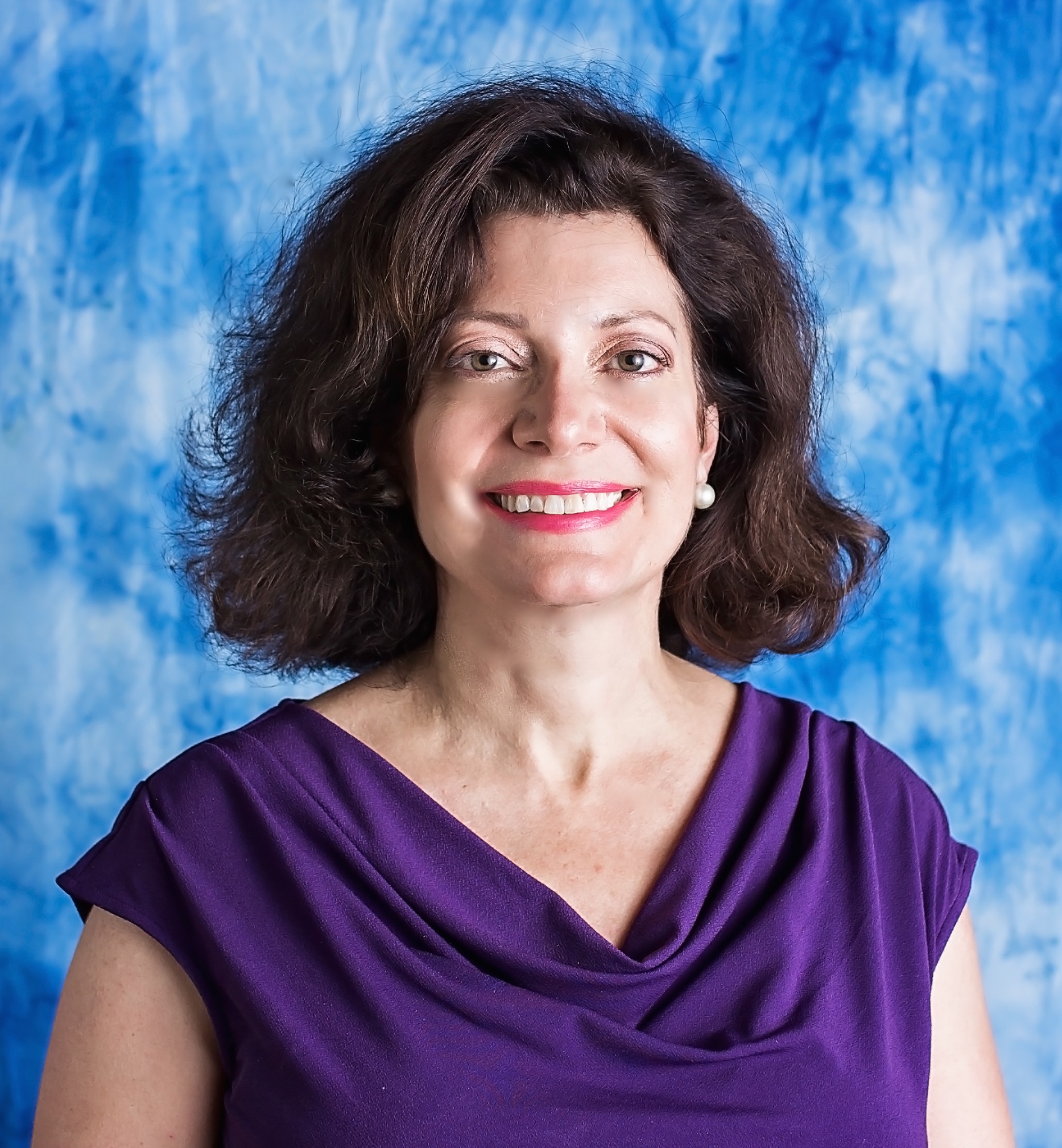 Jane Gervasio is the Butler University Pharmacy Practice Chair and Professor of the College of Pharmacy and Health Sciences.  She is Board Certified Nutrition Support Pharmacist and a Fellow in the American Colleges of Clinical Pharmacy.  She completed a Specialty Residency in Critical Care and Nutrition Support and a Research Fellowship in Metabolic Support at the University of Tennessee in Memphis.  Dr. Gervasio is nationally recognized for herexpertise in the area of Nutrition Support. She speaks both locally and nationally and has published numerous peer-reviewed manuscripts and book chapters on various nutritional and gastrointestinal related topics. Dr. Gervasio continues to serve on various committees for several nationally recognized organizations, including the American Society for Parenteral and Enteral Nutrition, the Society of Critical Care Medicine, the American College of Clinical Pharmacy and the Specialty Council on Nutrition Support Pharmacy Practice for the Board of Pharmaceutical Specialties. 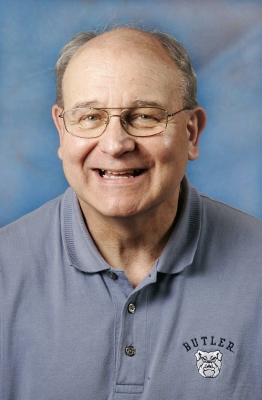 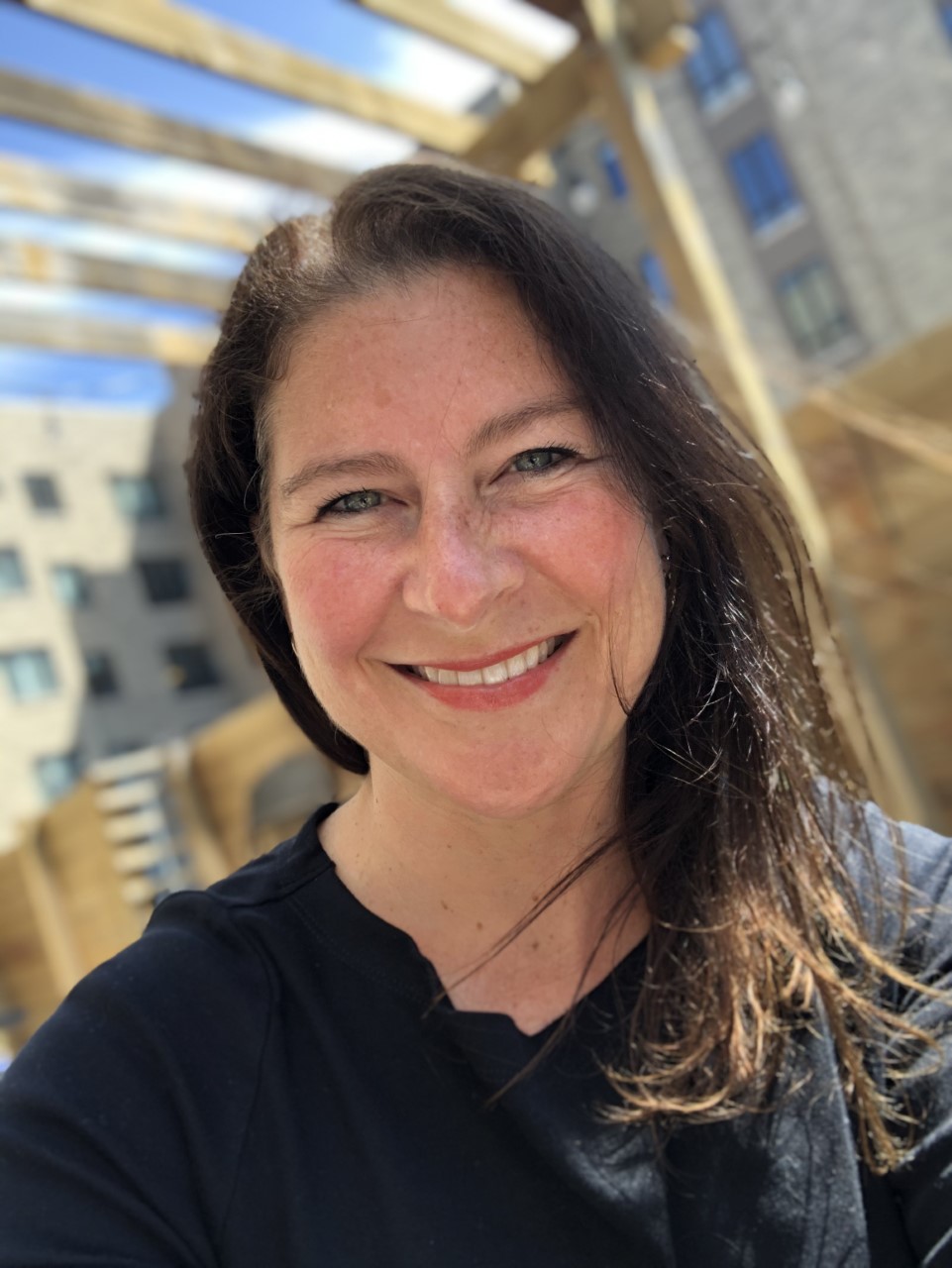 Have you ever inflated a life-sized blue whale in a school parking lot? Talked with astronauts in real-time aboard the International Space Station with 200 third graders? Led science and social studies explorations with one thousand fourth graders around the track at the Indianapolis Motor Speedway? If you’ve had class with Dr. Catherine Hagerman Pangan – most likely you have!

Dr. Pangan is a Professor in the College of Education. She is honored to work with first-years through graduate students and many community partners around the city. Her work focuses on science and social studies methods, teacher leadership and innovation, and pre-service teaching. She is also an Innovation Fellow for Butler’s Transformation Lab.

She also has a unique role as a “Faculty-in-Residence and lives with 630 sophomores in Fairview House with her family. Dr. Pangan contributes as a columnist in The Teacher Advocate magazine as “Dr. P.” and has written curriculum for teachers for exhibits at the Children’s Museum of Indianapolis. She wrote a children’s book titled“No Peanuts for Me!” about her son’s peanut allergy. She also authored chapters for “The Power of Teacher Leaders” and “Connecting Children to Nature” and advised on a student-led publication “The Gifts of Indiana.” She serves as president of the Board of Trustees for Sycamore School. Formerly, Dr. Pangan was an elementary teacher in St. Louis, MO and Indiana. She traded in her “golden apple” teaching award for the Big Apple and helped start the NewTeacher Academy at Columbia University and worked with teachers in Harlem and Brooklyn. She received her B.S. in Elementary Education, Master’s in Educational Administration at Butler University, an endorsement in Gifted Education, and a doctorate in Curriculum and Teaching with an emphasis on policy and education law. Dr. Pangan has been working in education for over 25 years. 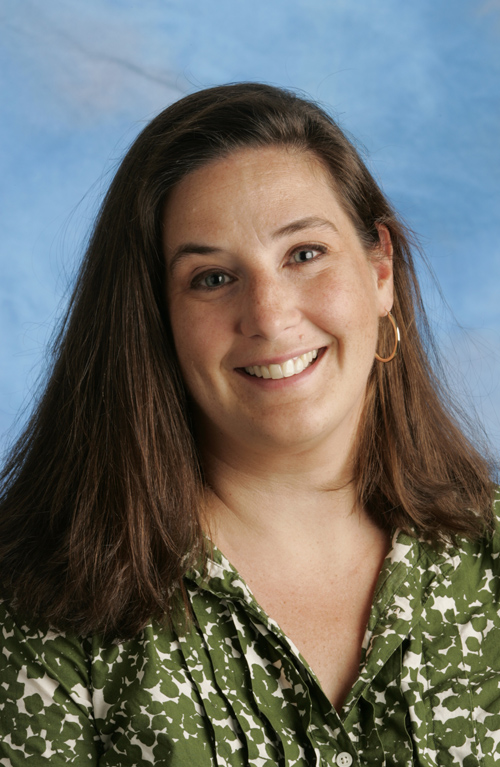 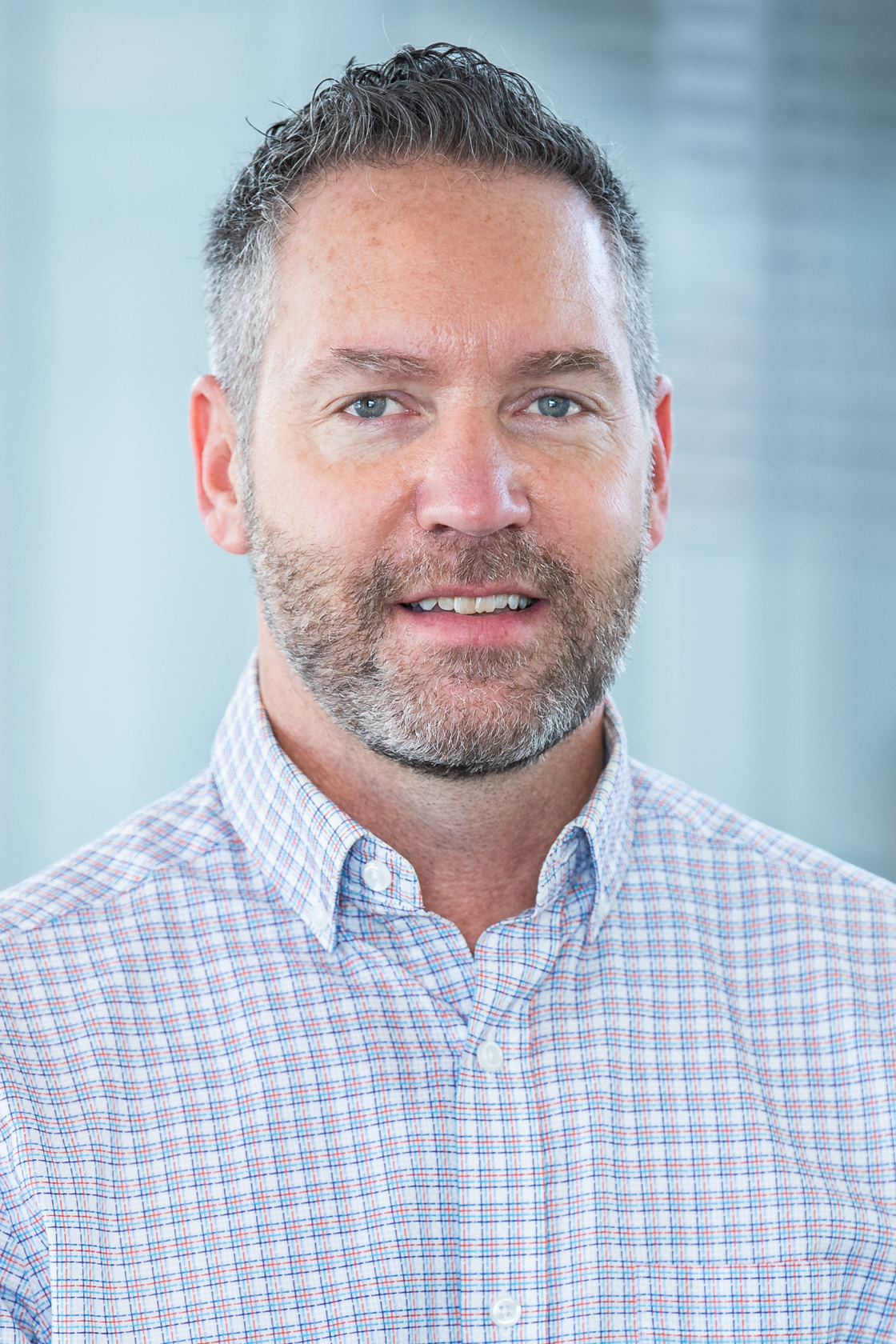 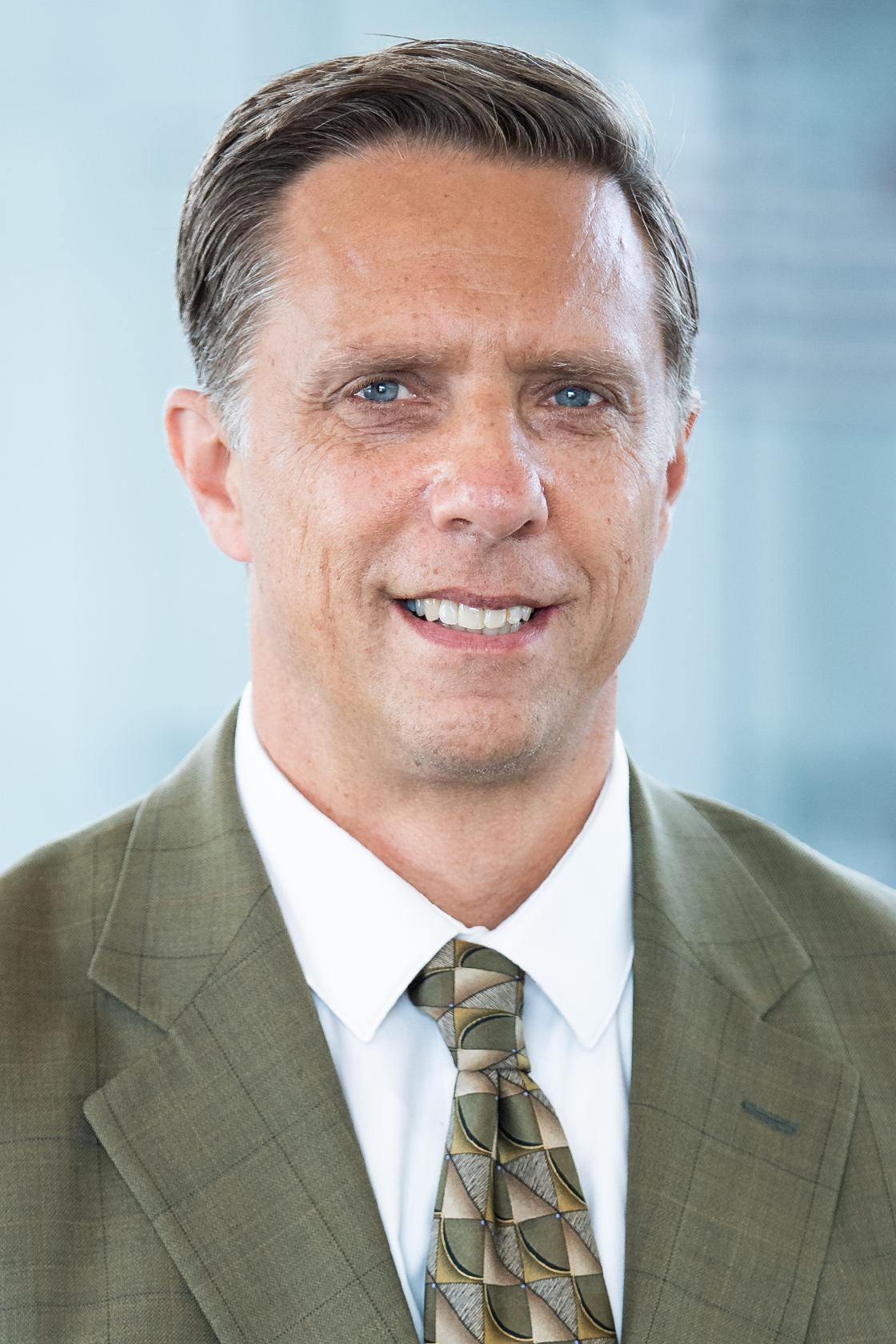 Keith received a Bachelor’s degree in psychology from the University of Illinois and a Ph.D. in clinical psychology from the University of Rochester in 1996. Prior to working at Butler, he worked in community mental health, and he maintains a private practice outside of his work at Butler. Keith works from an emotionally-focused, interpersonal perspective in therapy. He is interested in mentoring, supervision, and professional development. His clinical areas of interest include suicide prevention, grief/loss, identity development, mindfulness, and trauma recovery.  Outside of the office, he enjoys engaging in just about any sport when he is not spending time with his partner and three children. 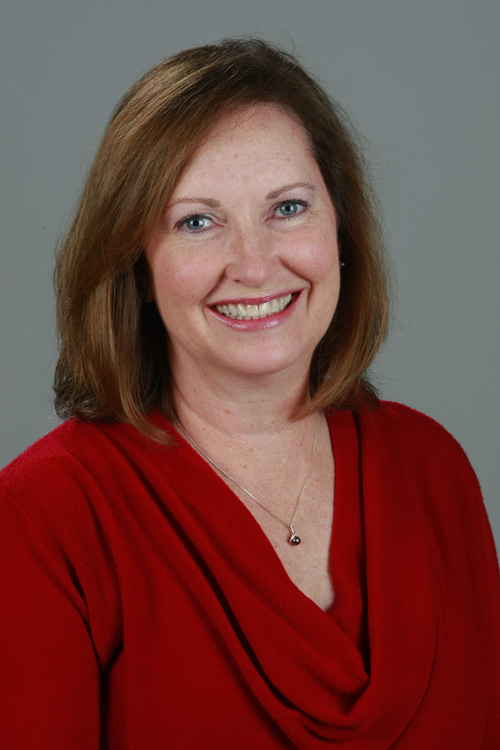 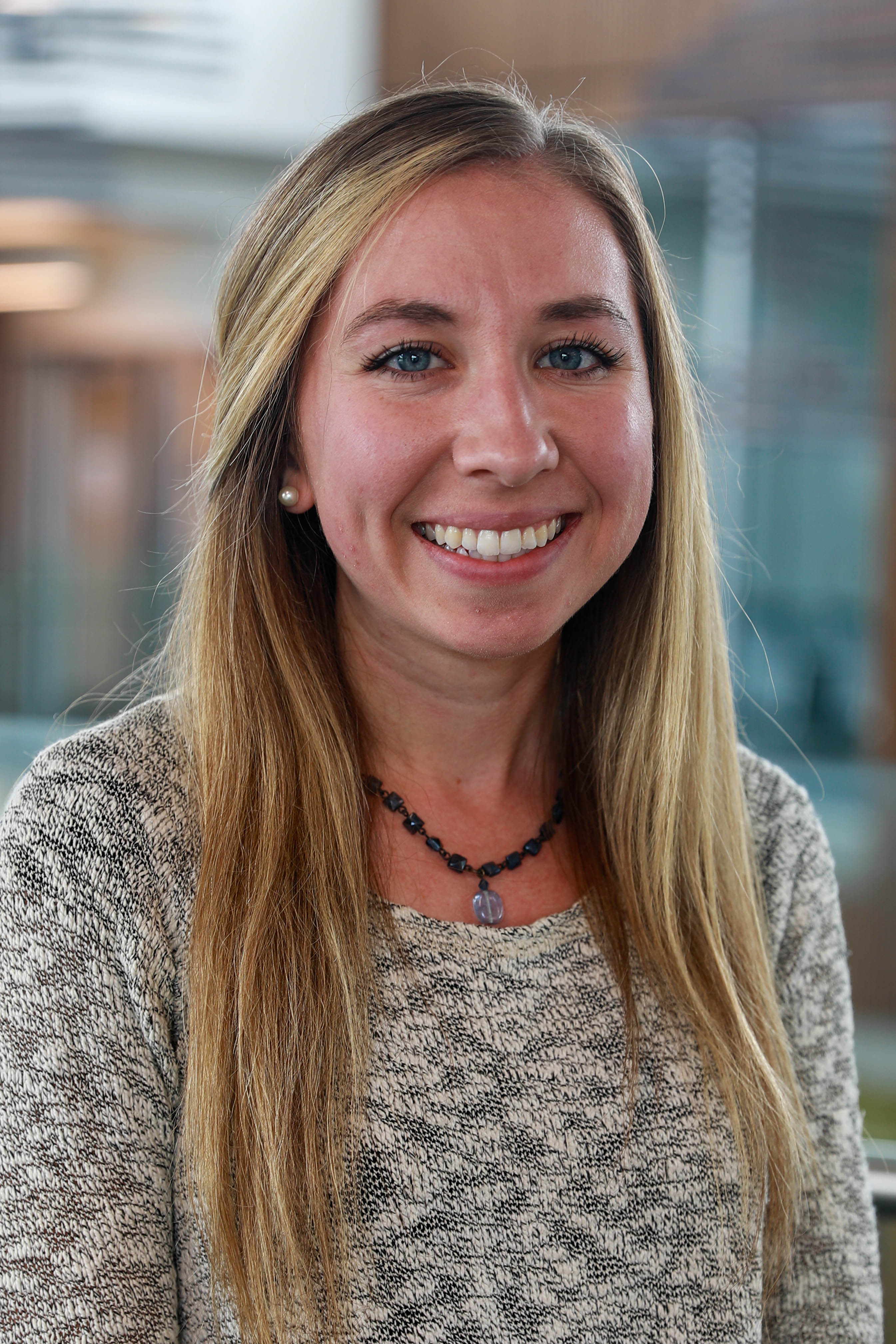 Christine received her Bachelor of Arts degree from Indiana University and her Doctor of Clinical Psychology (Psy.D) degree from the Chicago School of Professional Psychology. She completed her APA-accredited doctoral internship at Butler University Counseling and Consultation Services and her post-doctoral fellowship at the School of the Art Institute of Chicago. Christine is a Certified Clinical Trauma Professional (CCTP) and a Pet Loss Grief Counseling Trained Professional. Christine works primarily from a Humanistic-Existential, Psychodynamic, and Internal Family Systems framework. Christine’s clinical interests include working with clients experiencing existential anxiety and existential concerns, grief and loss, trauma, self-compassion, family of origin concerns, relationship anxiety, identity development, fostering authenticity and meaning making, and phase of life changes. 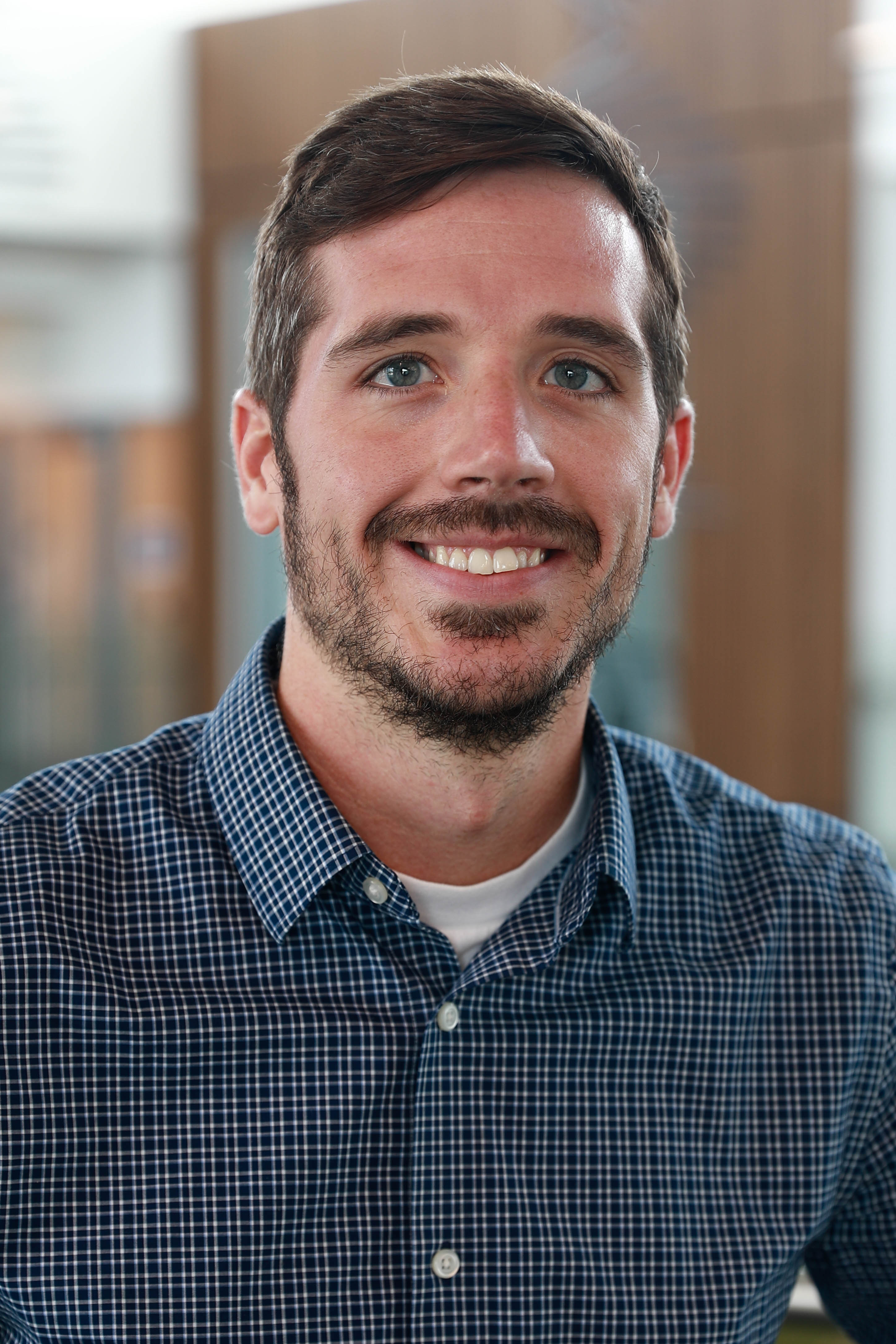 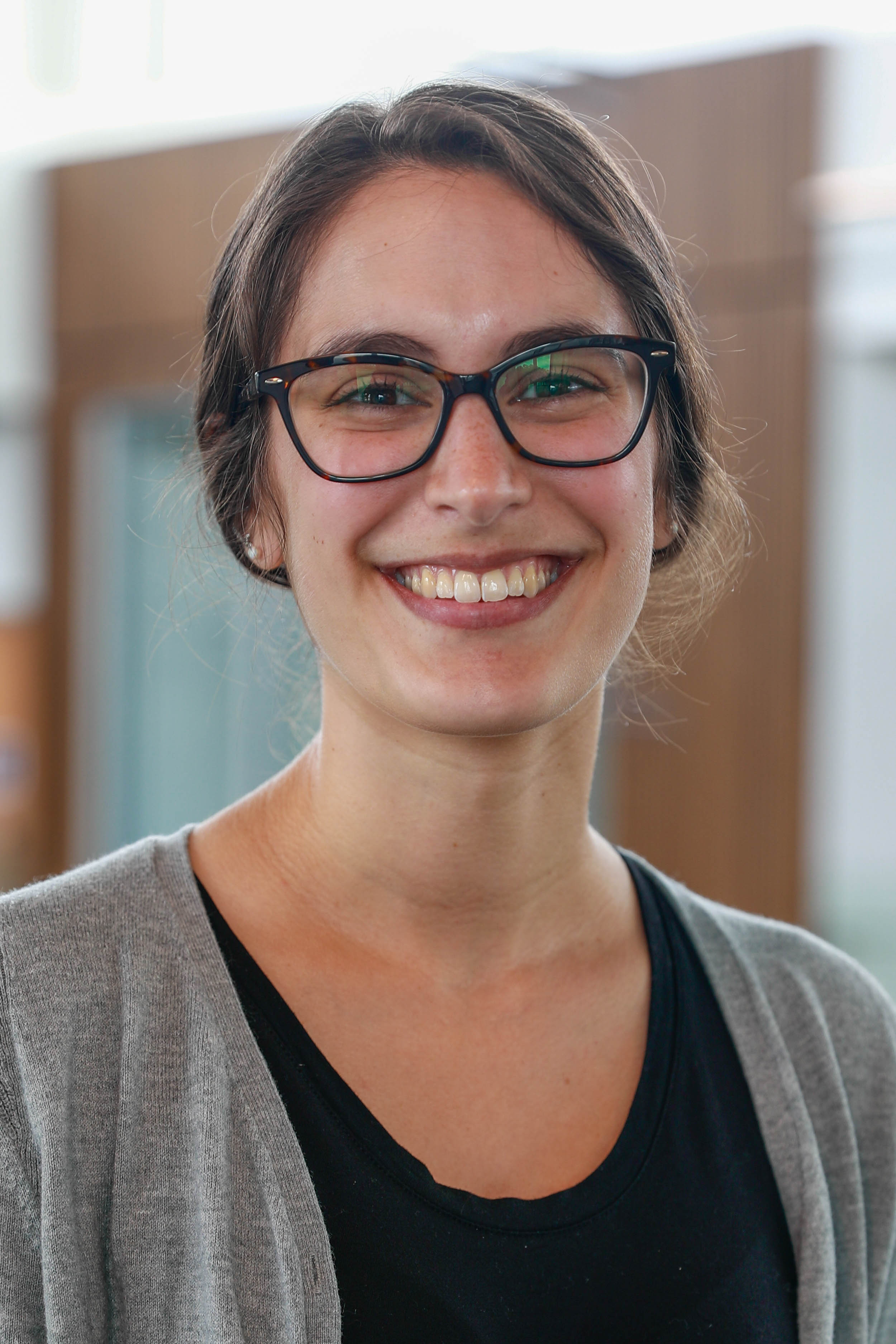 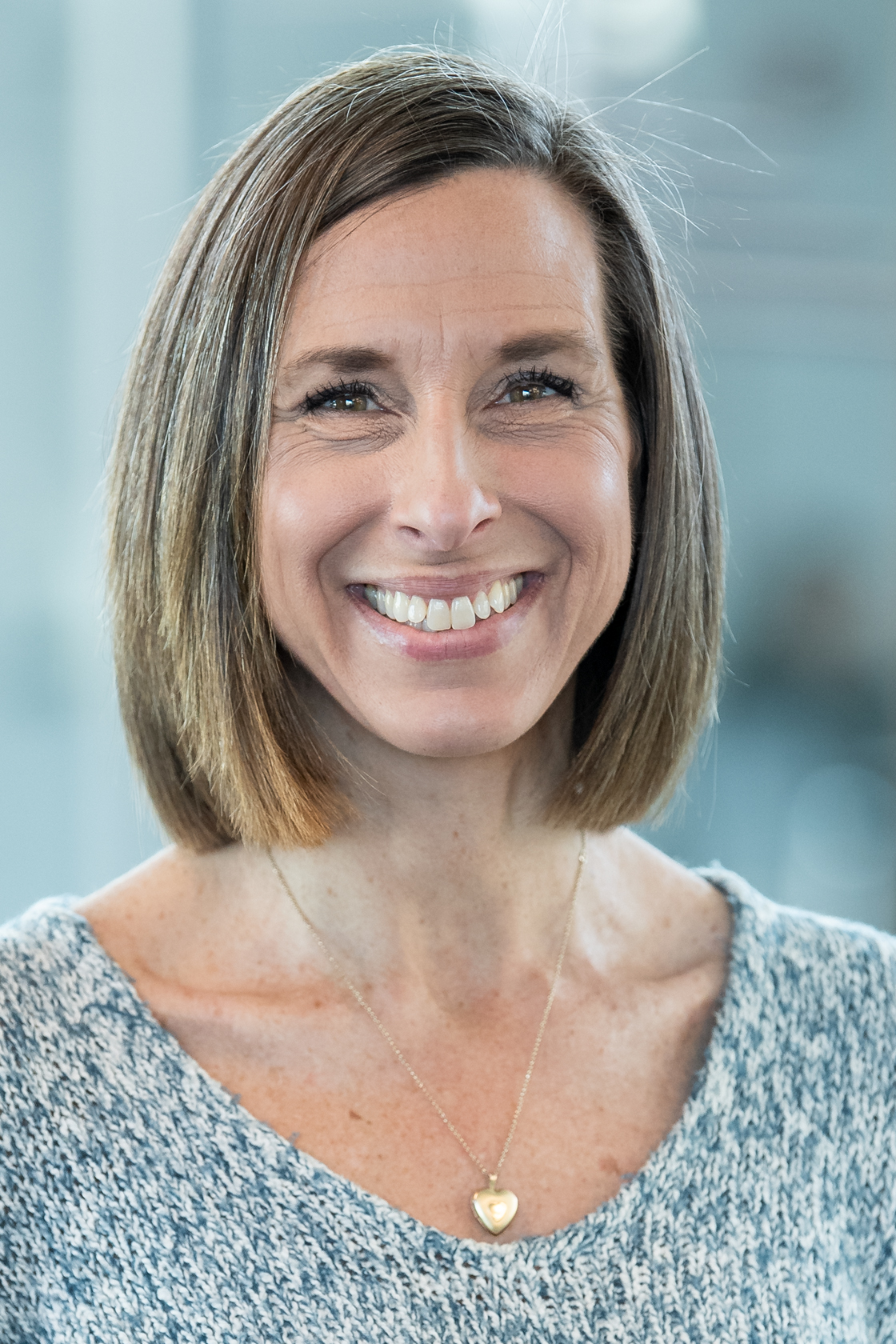 Shana Markle is an Indiana native who earned her master’s degree from Ball State University in 1998 and her doctorate in Counseling Psychology from Ball State University in 2009. She transitioned to college student counseling after many years of working in community mental health, and has been in her current position as Associate Director since 2011. Clinically, Shana draws from a variety of theoretical orientations, but tends to conceptualize from an interpersonal, dynamic framework and practices from an integrated approach. She has a strong interest in family of origin work, substance use disorders, values clarification, identity work, working with athletes, and, she is trained in Brainspotting. Shana coordinates the center’s Animal Assisted Therapy program and is the handler for the center’s therapy dog, Scooter. Personally, Shana loves sunshine, chocolate, running, reading, and gathering with friends and family. 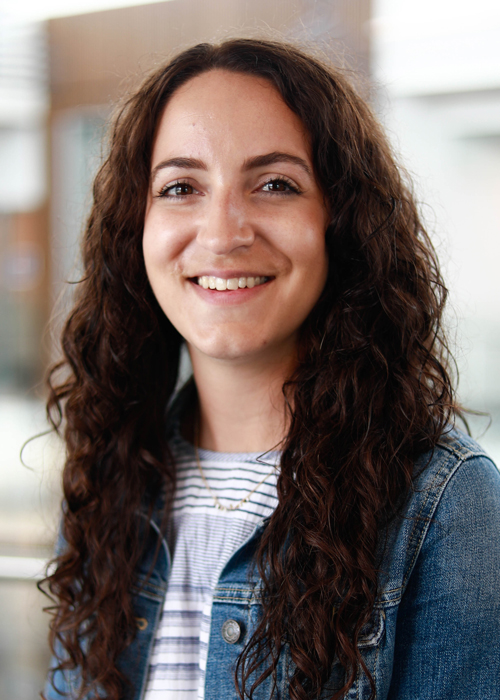 Madison received a B.S. degree in psychology from Drake University in 2014 and a M.S. degree in clinical/community mental health from Western Illinois University in 2017. Prior to working at Butler, she worked in private practice working with children, adolescents, and adults. Madison works from a humanistic and integrative perspective in therapy. Her clinical areas of interest include neurodiversity, mood lability, suicide prevention, grief/loss, identity development, family of origin, trauma-informed care, and social justice work. Outside of the office, she enjoys hiking/backpacking, camping, traveling, and reading thriller novels. Casiana received a Bachelor’s degree in psychological science from Ball State University and a Ph.D. in clinical psychology from Eastern Michigan University. She was born and raised in Indianapolis within a large, multiracial family. Casiana is interested in providing culturally sensitive and affirming mental health treatment and enjoys facilitating values identification, acceptance, and self-compassion in her clinical work with students. In her spare time, she enjoys having fun with her partner, toddler, and three dogs, and sharing meals with her large extended family. Her favorite self-care activities include trying new food, listening to live music, practicing mindfulness, and taking long walks.

Josh Downing is Executive Director of the Institute for Well-being and the Director of Recreation & Wellness at Butler University. Josh has over 20-year years of Higher Education experience with expertise in Collegiate Recreation & Well-being. He leads a comprehensive well-being initiative, BU|BeWell, for the University through developing and overseeing short- and long-term goals and implantation of the strategies for achievement of goals and objectives. Josh serves in a number of national leadership roles. He’s currently the co-chair of the NIRSA Health & Well-being Task Force where he helps NIRSA ensure it continues to be a driving force in an integrated approach to health & well-being. He co-developed the NIRSA Promising Practices in Health and Well-being. He also currently serves on the Board of Directors for the National Consortium for Building Healthy Academic Communities (BHAC). He obtained his B.S. in Sport Management and M.S. in Recreational Sport Administration from Indiana University’s School of Public Health. Josh is a proud husband and father of a teenage son. 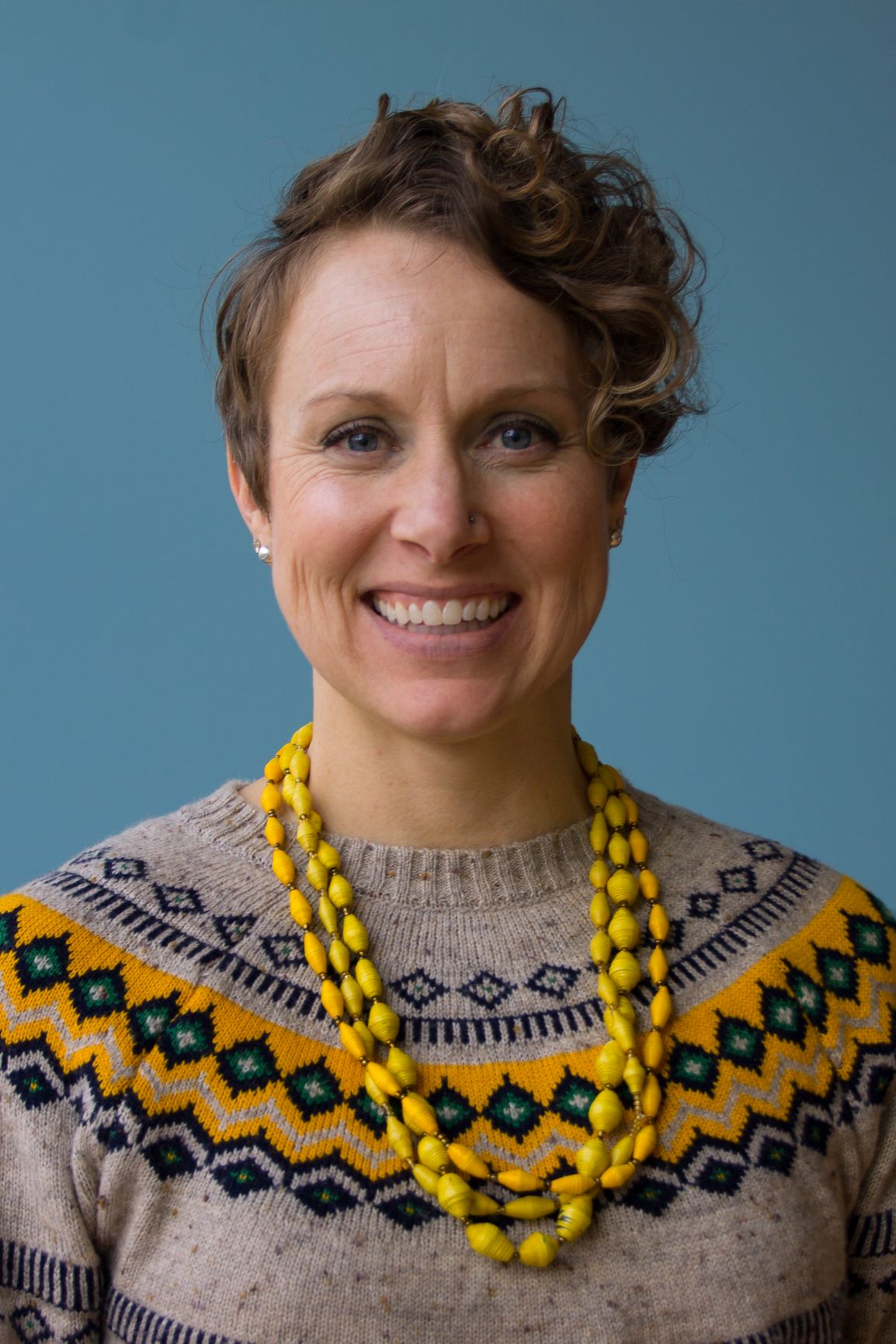 Beth has over a decade of work with college students and wellness.  She is a Butler alumna (’03) and earned her Master’s degree in Kinesiology from Indiana University-Purdue University Indianapolis (’14) and her second Master’s degree in Counseling from Butler University (’19).   Her passion for health started in high school when she participated in sports and exercised regularly.  In college, she joined group fitness classes and knew she wanted to lead others in fun, high energy classes.  While she pursued marketing research and university admissions counseling in her first few years after graduation, she earned her group fitness certification in several formats. She then went on to become a certified personal trainer and fitness professional at for-profit and non-profit facilities before becoming the Assistant Director for Recreation – Fitness and now the Associate Director for Fitness and Wellness at Butler. She believes in welcoming all people into her space and honoring each person for who they are and want to become. 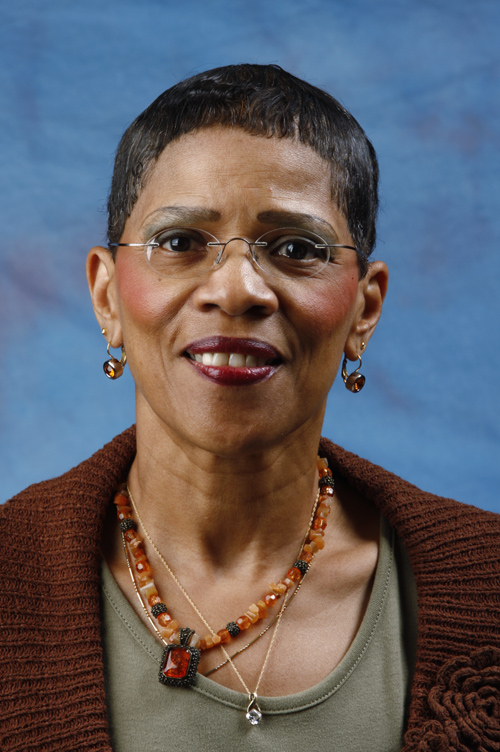 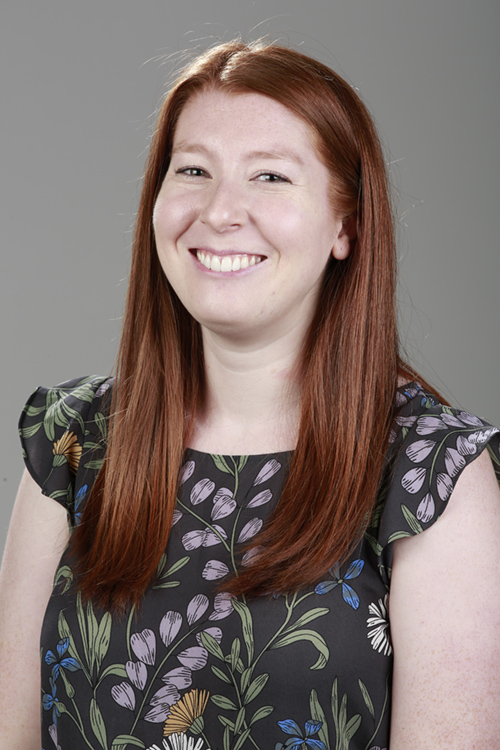 Katie joined the Recreation and Wellness team in 2019. As a born-and-raised Hoosier, Katie attended Indiana University-Bloomington, where she earned both her B.A. in Psychology and her Master of Public Health (MPH). She also earned her certification as a Health Education Specialist (CHES). During her time at Indiana University, Katie was active in multiple peer education groups, which fostered her passion for college student well-being & ultimately prepared her for her career in university health promotion.

In her role as Assistant Director for Health Promotion and Wellness, Katie reinforces and supports a culture of well-being at Butler through specific prevention and health promotion strategies. Her professional interests include mental health advocacy and sexual health promotion.

Outside of health promotion, Katie enjoys watching scary movies, playing board games with friends & family, and quoting her favorite comedians and TV shows.