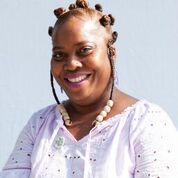 Dr. Terri Jett is a Professor of Political Science and Special Assistant to the Provost for Diversity and Inclusivity. Dr. Jett is also an affiliate faculty member of the Gender, Women & Sexuality Studies Program. She teaches courses on U.S. politics with a focus on the experiences of African Americans and other ethnic minorities such as Black Political Thought and The Politics of Alice Walker. Her research focus is on the post-Civil Rights Movement experiences of African Americans in rural communities in the southern U.S. and she is currently writing on the recent discrimination settlements of Black, Native American, Women and Latino farmers against the United States Department of Agriculture for discrimination and revisiting the conversation that James Baldwin held with Margaret Mead on race 50 years ago. Her expected books are titled "Fighting for Farming Justice: Diversity, Food Access and the USDA" and "Talking About Race: James Baldwin and Margaret Mead Then and Now."

Dr. Jett has a B.A. in Ethnic Studies and a Masters in Public Administration from California State University, Hayward (now East Bay) and a Ph.D. in Public Policy and Public Administration from Auburn University. She currently serves on the boards of the American Civil Liberties Union of Indiana (ACLU), Indiana Humanities, Indianapolis Public Library and Indianapolis-Marion County Land Improvement Bond Bank.