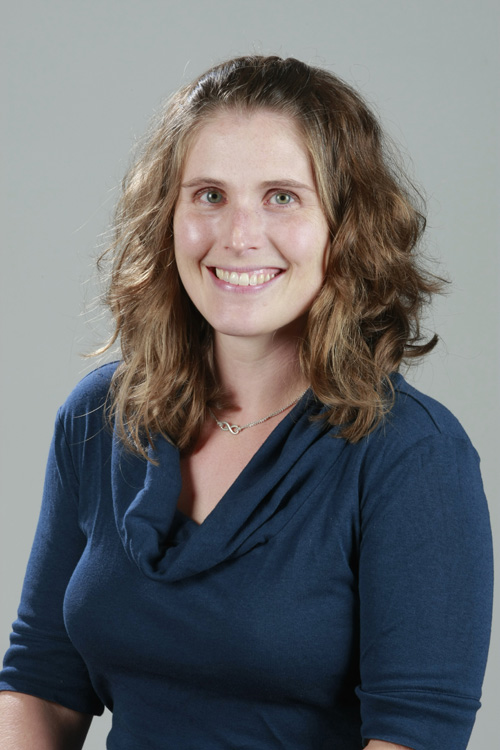 Dr Lewellyn received her B.S. in Biology from the University of North Carolina. She earned her PhD in Biomedical Sciences from the University of California, San Diego studying the process of cell division in the lab of Dr Karen Oegema. Dr Lewellyn then went on to do post-doctoral research at the University of Chicago with Dr Sally Horne-Badovinac. Dr Lewellyn's research at Butler is focused on the cellular and developmental mechanisms that control the formation of the fruit fly egg. The fruit fly egg is generated from a multicellular structure called an egg chamber. The egg chamber is composed of a cluster of 16 germ cells (15 supporting nurse cells and 1 oocyte) that is surrounded by a layer of somatic cells called follicle cells. The germ cell cluster is formed through four rounds of mitosis, each of which is followed by incomplete cytokinesis. Instead of completely separating the two daughter cells, a connection is maintained through an intercellular bridge, which is called a ring canal. During the course of oogenesis, the ring canals expand ~20-fold; the stability and expansion of the ring canals is necessary to accommodate the transfer of mRNA, protein, and even organelles from the nurse cells to the developing oocyte. At stage 11 of oogenesis, there is a bulk transfer event that occurs in which the nurse cells squeeze their entire cytoplasmic contents into the oocyte, causing the oocyte volume to double in a ~30 minute period. Defects in ring canal stability and expansion block this transfer event and lead to sterility of the fly. The Lewellyn lab is interested in the molecular mechanisms that control formation, expansion, and stability of the ring canals. Because intercellular bridges are observed in the developing sperm and eggs of more complex organisms such as mammals, the fruit fly egg chamber can be used as a simple model system to study the proteins and pathways involved in intercellular bridge structure and regulation.