Director of Graduate and Professional Recruitment Lacy School of Business 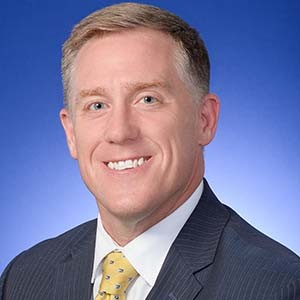 <![endif]--> A native of Huber Heights,Ohio, J.J. DeBrosse graduated from Butler University in 1995 after beingheavily involved in multi aspects of college life.  The 1995 Outstanding Marketing Student of theLacy School of Business, J.J.’s professional career would start with aninternship with the Indiana Pacers that would lead to his first full timeposition, becoming the Coordinator of Athletic Promotions at Purdue Universityin the fall of 1995.  Less than two yearslater he was back with the Bulldogs as the first ever Athletic Ticket SalesManager.  He would become the thirdDirector of Sports Marketing in school history in 2002.  DeBrosse stepped out of athletics in thesummer of 2004 to become the Division Director at Office Team, a division ofRobert Half International.  It was duringhis time with Office Team that JJ and his wife Emily lost their first child,Catherine, to SIDS.   This event wouldlead JJ to walk away from the staffing industry and start his fundraiser CountIt! For Cat.  After a quick stint as asubstitute teacher, JJ re-entered the business world as the Corporate and AthleticSales Manager for the Crowne Plaza Indianapolis Downtown.  A ten year run with the hotel saw him becomea leader not only on the sales board but also amongst his peers.  After ten years he was promoted to a RegionalDirector of Sales position with the General Hotels Corporation, the managementcompany of the Crowne Plaza.  However,the draw to “come home” was too much and in November of 2017, DeBrosse returnedto Butler as the Director of Graduate and Professional Recruitment for the LacySchool of Business.  Happy to be back athis Alma Mater, his passions are for all things Butler Athletics, family andhis fundraiser, Count It! For Cat, which raises money for a scholarship thatgoes to a female student athlete at Butler University