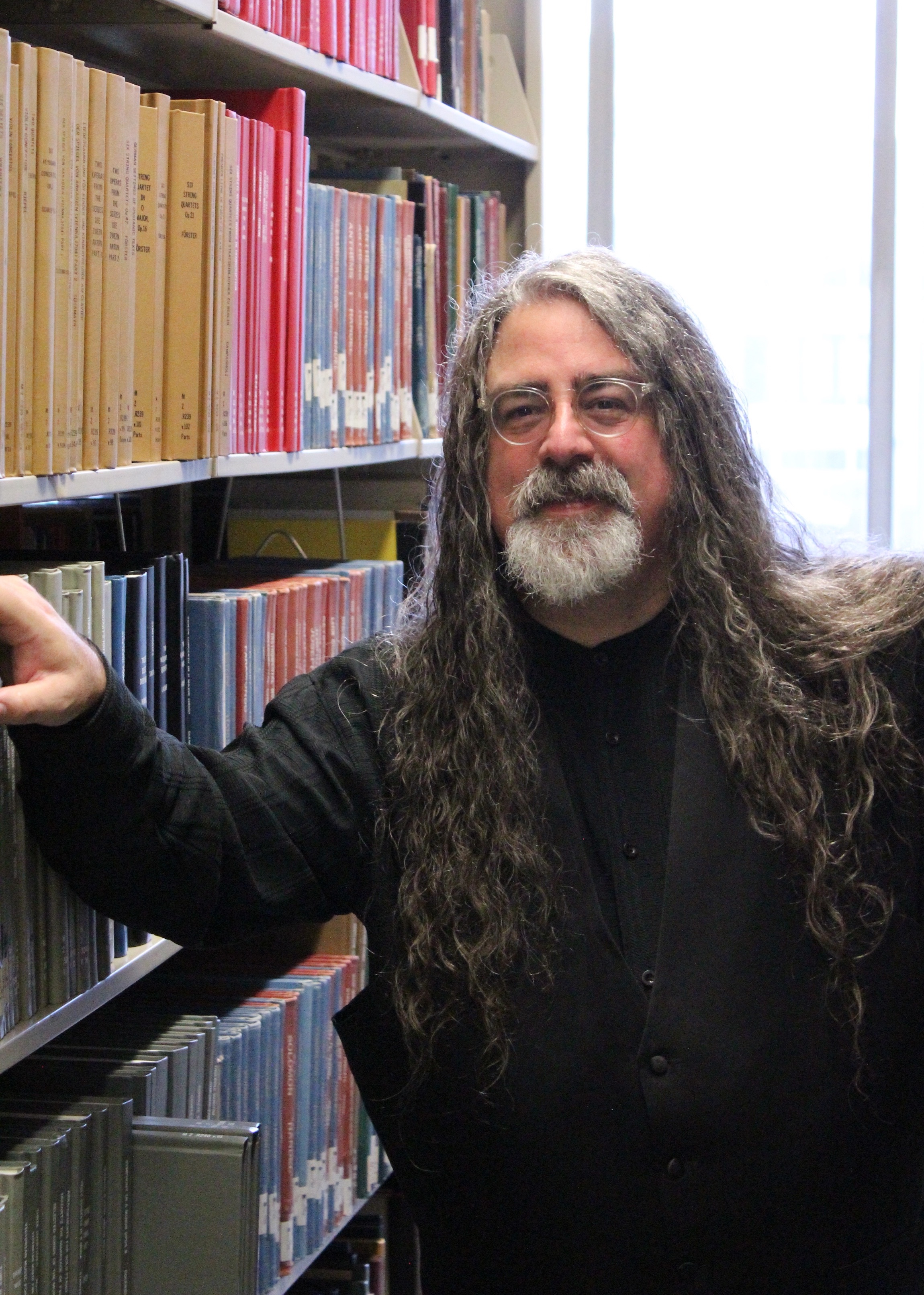 Frank Felice is an eclectic composer who writes with a postmodern mischievousness: each piece speaks in its own language, and they can be by turns comedic/ironic, simple/complex, subtle/startling or humble/reverent. Recent projects of Felice's have taken a turn towards the sweeter side, exploring a consonant adiatonicism.

His music has been performed extensively in the U.S. as well as garnering performances in Brazil, Argentina, Japan, Greece, Italy, the United Kingdom, China, the Russian Federation, Austria, the Philippines, the Czech Republic and Hungary. His commissions have included funding from the National Endowment for the Arts, the Omaha Symphony, the Indiana Arts Commission, The Indiana Repertory Theatre, Dance Kaleidoscope, Music Teachers National Association, the Wyoming State Arts Board, the Indianapolis Youth Symphony, Kappa Kappa Psi/Tau Beta Sigma as well as many private commissions and consortia. A recording of electronic and electro-acoustic music entitled "Sidewalk Music" is available on Capstone Records & Ravello records on iTunes, Naxos and other online sites. Scores and other performance materials can be obtained from Mad Italian Bros. Ink Publishing.

Frank began his musical studies in Hamilton, Montana, singing, playing piano, guitar and double bass. His interest in composition began through participation with a number of rock bands, one of which, Graffiti, toured the western United States and the Far East in 1986-1987. He attended Concordia College in Moorhead, Minnesota, the University of Colorado, and Butler University, studying with Michael Schelle, Daniel Breedon, Luiz Gonzalez, and James Day. Most recently he has studied with Dominick Argento, Alex Lubet, Lloyd Ultan, and Judith Lang Zaimont at the University of Minnesota in Minneapolis, where he completed his Ph.D in 1998. Frank currently teaches as an associate professor of composition, theory and electronic music in the School of Music, Jordan College of Arts at Butler University in Indianapolis, Indiana.

He is member of the Society for Electro-Acoustic Music in the U.S., the American Composers Forum, the American Music Center, The Society of Composers Inc., and the Christian Fellowship of Art Music Composers. Residencies include those with the Wyoming Arts Council, and the Banff Centre for the Arts and a number of mini-residencies in universities and high schools throughout the west and mid-west. In recent years he has been in demand as an electric and upright bassist, playing in various rock/funk/prog rock/big bands in the greater Indianapolis area. In addition to musical interests, he pursues his creative muse through painting, poetry, cooking, home brewing, paleontology, theology, philosophy, and basketball. He is very fortunate to be married to mezzo-soprano Mitzi Westra.