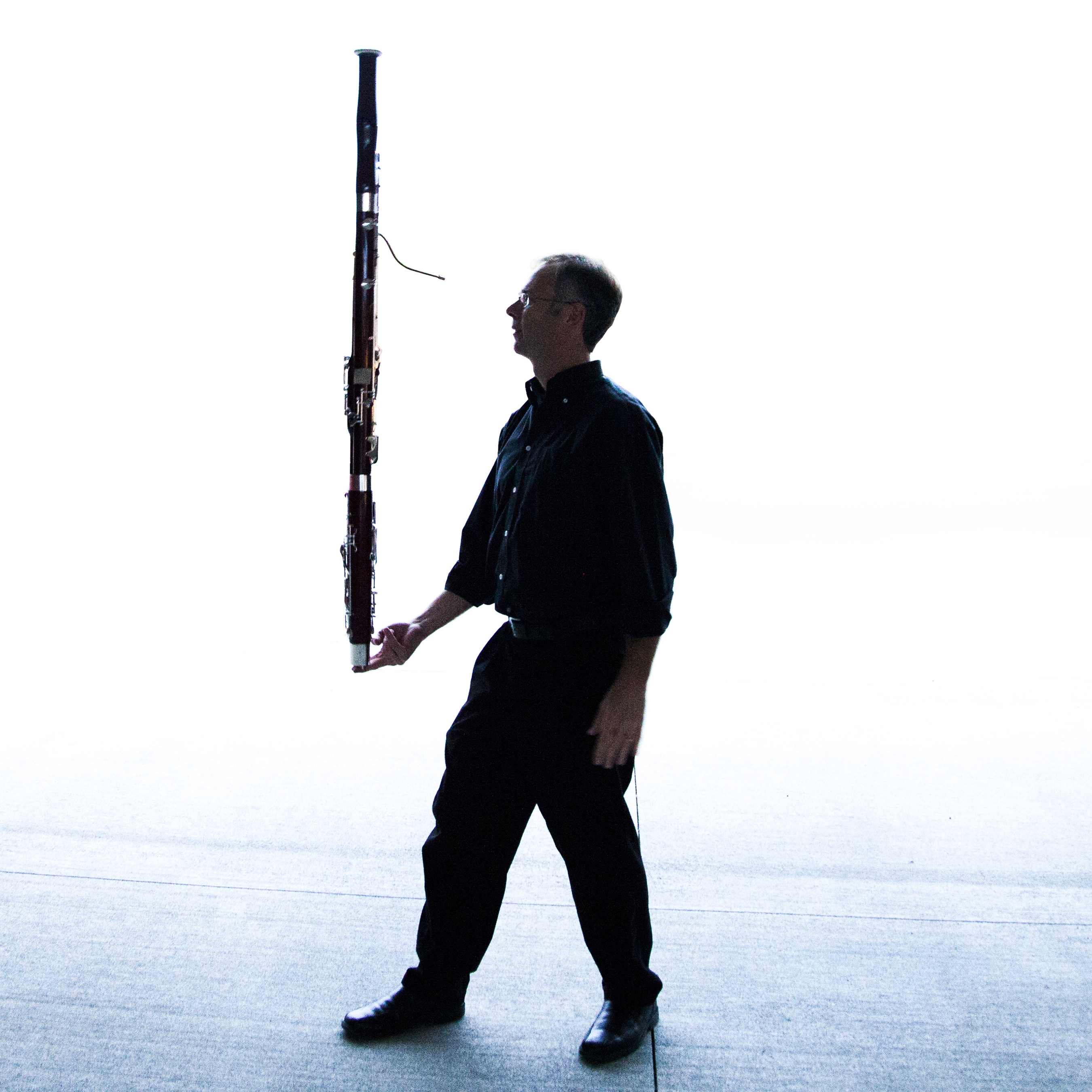 Hailed as a 'master pedagogue and researcher' (The Double Reed), Doug Spaniol (he/him), is Professor of Music at Butler University where he teaches bassoon and related classes. At Butler, he has held a variety of other positions including Interim Associate Dean of the Jordan College of Fine Arts, Interim Chair of the School of Music, Assistant Chair of the School of Music, and Vice-Chair of the Faculty Senate. He also serves as Instructor of Bassoon at Interlochen Arts Camp each summer. He has twice been a visiting professor at The Ohio State University and previously served on the faculty at Valdosta State University.

In 1992, Dr. Spaniol was named a Marshall Scholar enabling him to attend the Royal Northern College of Music in Manchester, England, where he earned the Postgraduate Diploma in Performance. He has also earned a DMA degree from The Ohio State University as well as MM and BM degrees from the University of Illinois. His bassoon teachers include Christopher Weait, William Waterhouse, and E. Sanford Berry.

In 2011, Dr. Spaniol was named a Fulbright Scholar, leading him to teach at the University of York (UK) and further his research into Julius Weissenborn’s pedagogical bassoon works. His instructional book, The New Weissenborn Method for Bassoon (Hal Leonard), has been called "an invaluable addition to bassoon literature...a landmark in pedagogy" (Double Reed News). Volume II of The New Weissenborn Method (Hal Leonard) was described as a "testament to Spaniol’s insight and loving attention to detail in all things Weissenborn." (The Double Reed). His edition of Weissenborn’s Advanced Studies, op. 8, no 2 (Accolade Musikverlag) was noted as “a must buy for every bassoonist” (The Double Reed), largely because it makes available for the first time all 60 of these studies, including reconstructions of 10 previously lost etudes. Other recent scholarly work includes a new edition of Weissenborn’s complete works for bassoon and piano, which features three recently discovered works (Accolade Musikverlag). Current projects include a biography of legendary bassoonist/scholar/pedagogue William Waterhouse.

Dr. Spaniol has presented masterclasses and workshops at the Royal Academy of Music (London), Royal Welsh College of Music and Drama (Cardiff), the St. Petersburg (Russia) Conservatory, Indiana University, and many others. He frequently appears as a performer/presenter at conferences hosted by the International Double Reed Society (IDRS), College Music Society, Music for All, and other music education organizations. He also served for six years as the Bassoon Chair for the IDRS's Fernand Gillet - Hugo Fox Competition.

As a performer, Dr.Spaniol has appeared as concerto soloist with Sinfonia da Camera, the St. Petersburg Classical Symphony Orchestra, Solisti St. Petersburg, the Central Ohio Symphony Orchestra, the Philharmonic Orchestra of Indianapolis, and bands and orchestras at Butler and Interlochen. He can be heard on recordings on Albany, Capstone, Centaur, Innova, and Zephyr Records. As principal bassoonist of Sinfonia da Camera, Dr. Spaniol has toured England, been heard on NPR's Performance Today, and appears on the Classical Music for Dummies CD. He has also performed with the Indianapolis Symphony Orchestra, Indianapolis Chamber Orchestra, Columbus (Ohio) Symphony Orchestra, and performed and/or recorded with popular artists such as The Rolling Stones, Art Garfunkel, Sandi Patty, and Michael Feinstein. He is now a proud original member of Rock E Bassoon, a rock band comprised of six electric bassoonists and a drummer.  A Yamaha Performing Artist, Dr. Spaniol plays a Yamaha YFG-811 bassoon.

Click 'Résumé' below to learn more about the Bassoon Studio at Butler.  Click 'Curriculum Vitae' to see my CV.