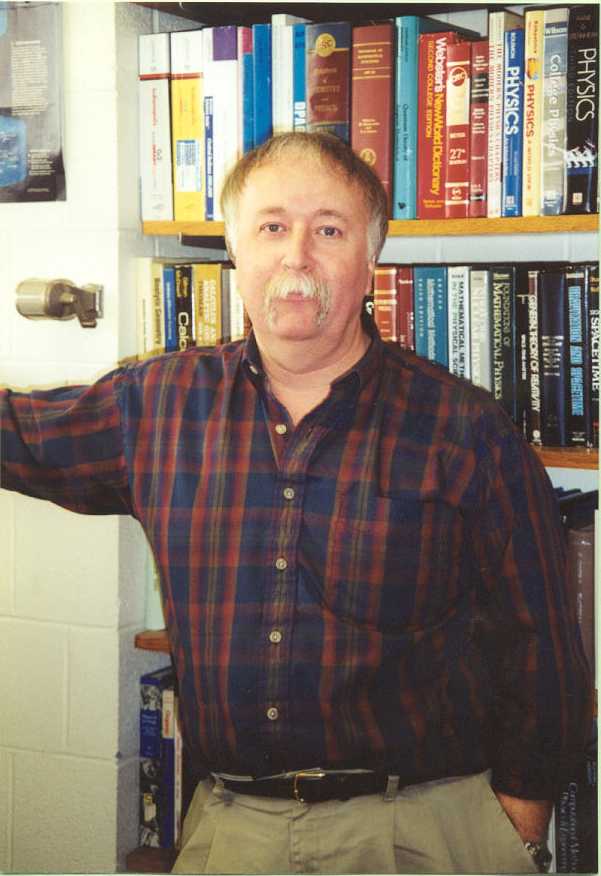 Dr. Dan W. Kosik received his B.S. in astrophysics from Michigan State University in 1973 and his PhD. in physics from Ohio University in 1980.  He worked for Amoco Production Co. as a geophysicist in the Michigan Basin and the Gulf of Mexico.  While there he developed a new approach to handling near surface statics in seismic data processing and recommended locations for successful wildcat gas well discoveries.  He later joined Mission Research Corp. as a computational physicist engaged in SDI projects.  During his tenure there he worked on development of computer programs for adaptive optics phase reconstruction and for high energy deposition in materials from nuclear weapon devices.  He is presently an associate professor of physics at Butler University.  His current research interests are in nuclear pair production and bremsstrahlung processes, high energy particle physics, and elastic and non-elastic wave propagation through in-homogeneous materials.  He is a member of the American Physical Society, Society for Exploration Geophysicists, and American Geophysical Union.