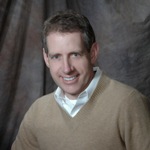 My research focuses on the dynamical evolution of dense stellar systems such as globular cluster and galactic nuclei. Our own galaxy, the Milky Way, houses about 150 globular clusters, which reside in the halo and are concentrated toward the Galaxy's center. These stellar systems are roughly spherical, average one hundred light years in diameter, and contain from ten thousand to ten million stars. Roughly 20% of star clusters have undergone core collapse. During core collapse stars are packed more than a billion times closer together than those in the vicinity of the Sun. My research focuses on this phenomenon of core collapse and the resulting interactions between stars. A more extreme example of this is at the centers of galaxies such as our Milky Way. These dense conditions have produced a supermassive black hole with a mass equivalent to 4 million Suns. By modeling the present day distribution of stars near this black hole we can begin to understand its formation and growth. Click here to learn more.

Though my initial research focus was on the dynamical evolution of galactic nuclei and globular star clusters more recently I have shifted the focus to both dynamical studies and observation. Ten years ago I secured funding allowing for Butler’s membership in the Southeastern Association for Research in Astronomy (SARA) telescope consortium.   This membership in SARA gives us nearly 70 nights per year on 1-meter class telescopes located at Kitt Peak in Arizona, Cerro Tololo Interamerican Observatory in Chile, and the Kapteyn Telescope which is part of the Isaac Newton Group of Telescopes at the Roque de los Muchachos Observatory on La Palma in the Canary Islands, Spain.  Since then my students and I have built research program searching for and understanding the properties of variable stars in globular star clusters.