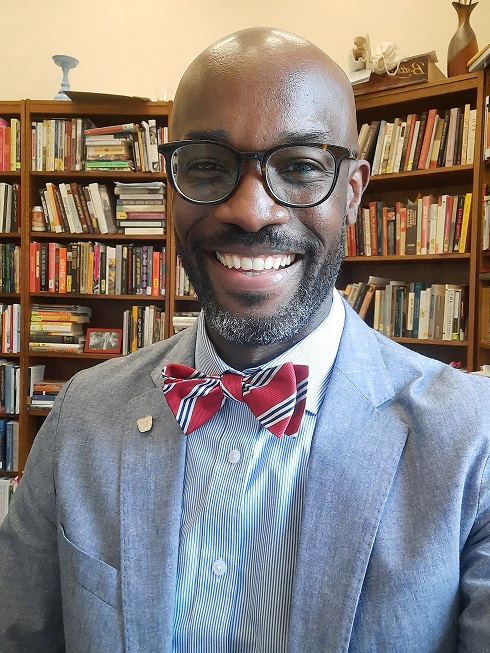 Antwain K. Hunter is a U.S. historian working on slavery and emancipation in the Antebellum South. He is a native of Leominster, Massachusetts and earned his B.A. in History at Westfield State College before heading to the University of Connecticut for his M.A., also in History. Dr. Hunter earned his Ph.D. in the Richards Civil War Era Center at the Pennsylvania State University. He teaches courses that cover topics and eras in the eighteenth and nineteenth centuries, including Colonial America, the American Revolution, American Slavery, the U.S. South, the Civil War, Reconstruction, and the Transatlantic World.

Dr. Hunter’s current book project examines the legal and community dynamics of black North Carolinians’ firearm use in the colonial and antebellum eras. His recent publications include, “‘A nuisance requiring correction’: Firearm Laws, Black Mobility, and White Property in Antebellum Eastern North Carolina” in the North Carolina Historical Review; “‘In the Exercise of a Sound Discretion, Who, of This Class of Persons, Shall Have a Right to the License…’: Family, Race, and Firearms in Antebellum North Carolina” in the Journal of Family History; and “‘Patriots,’ ‘Cowards,’ and‘Men Disloyal at Heart:’ Labor and Politics at the Springfield Armory,1861-1865” in the Journal of Military History. He was also an on-screen contributing historian for America: Facts vs. Fiction’s episode on the Civil War (aired March 4, 2017 on AHC) and on the President Benjamin Harrison documentary “A President at the Crossroads” (aired October 19, 2017 on PBS/WFYI).

When he’s not working, Dr. Hunter likes engaging Butler students as a Faculty in Residence, fishing from his kayak, playing the guitar, watching college sports, playing hurling and Gaelic football with the Indianapolis Gaelic Athletic Association, cooking, and traveling to new places.