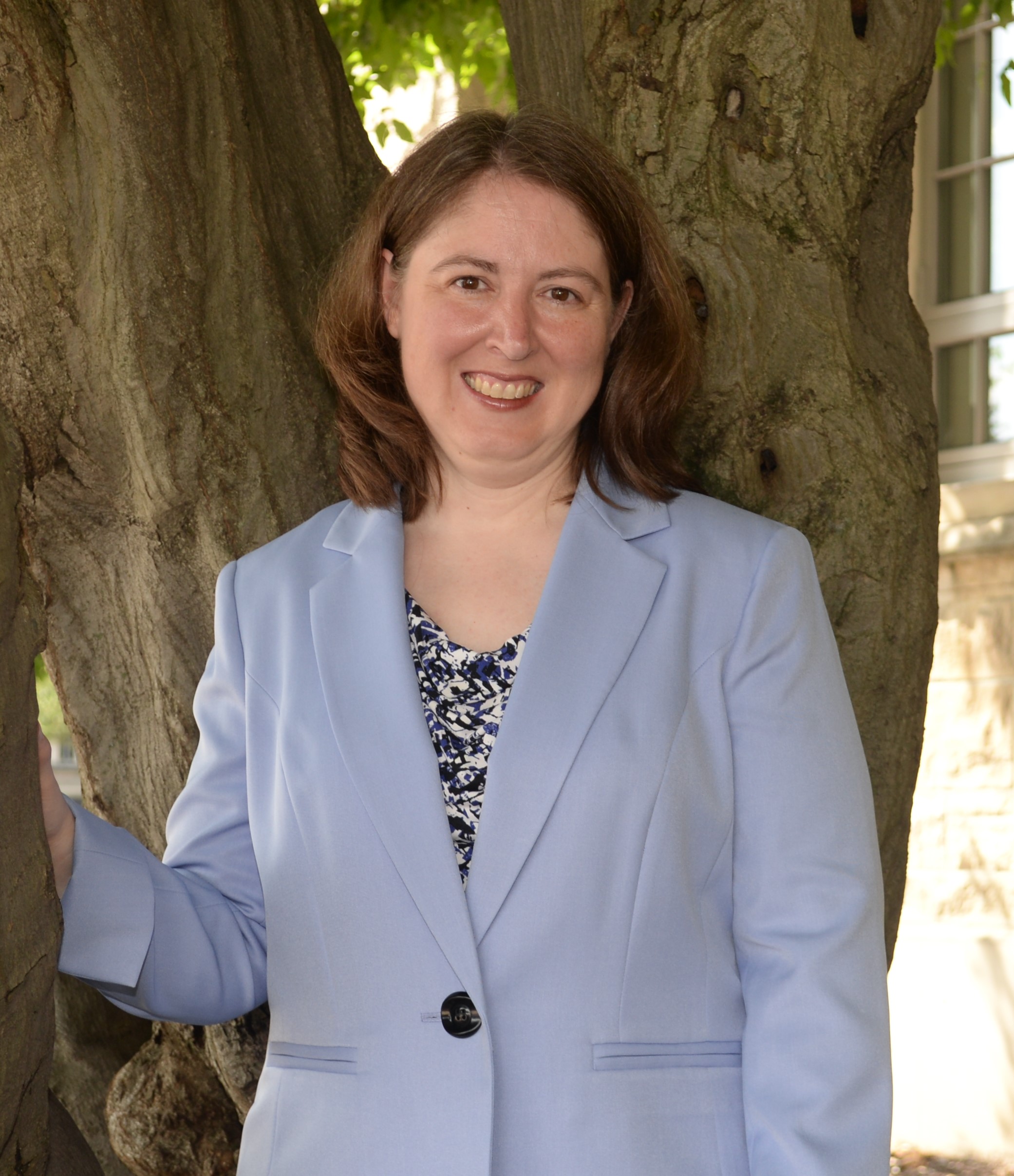 Dr. Jennifer Simms Zorn, DMS, PA-C is a graduate of the Doctor of Medical Science program at Butler University and obtained her Master of Science in Physician Assistant Practice from Finch University of Health Sciences. Dr. Zorn is a tenured associate professor at Butler University and has previously taught in the Butler PA program from 2006–2021. Her clinical work has been in internal medicine and geriatrics as well as in family medicine.

Since joining the faculty at Butler University, Dr. Zorn has presented on clinical, professional, and education topics locally and nationally. She has published works related to PA Education and the PA Profession. 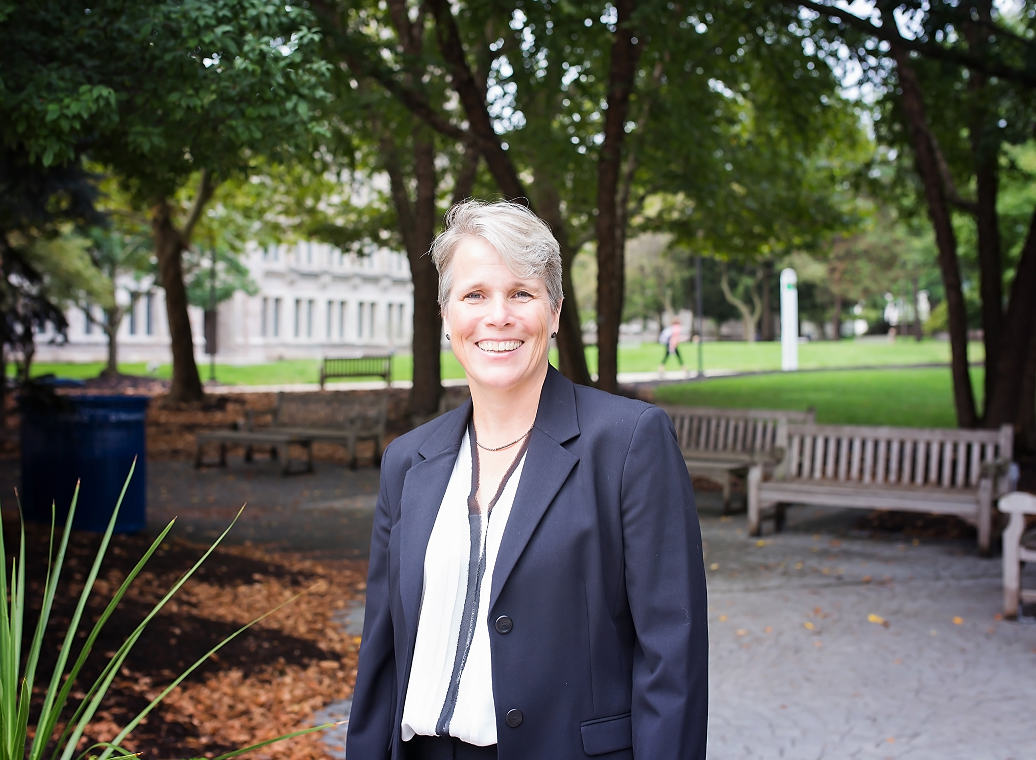 Dr. Jennifer Snyder PhD, PA-C is a graduate of Butler University’s Physician Assistant Program and earned her PhD in Health Sciences from Nova Southeastern University.  She has served in both Family and Emergency Medicine as a PA and she is a tenured Professor at Butler University, where she also serves as the Associate Dean of the College of Pharmacy and Health Sciences.

Dr. Snyder has presented and published several articles on clinical, professional, and research topics associated with the PA profession and education.  In 2011, Dr. Snyder was presented with the President’s Award by the Student Academy of American Academy of Physician Assistants.  In 2019, Dr. Snyder was awarded the PAEA Master Faculty of the Year Award and the She is a Distinguished Fellow Member of the AAPA.  Courtesy of Butler University. 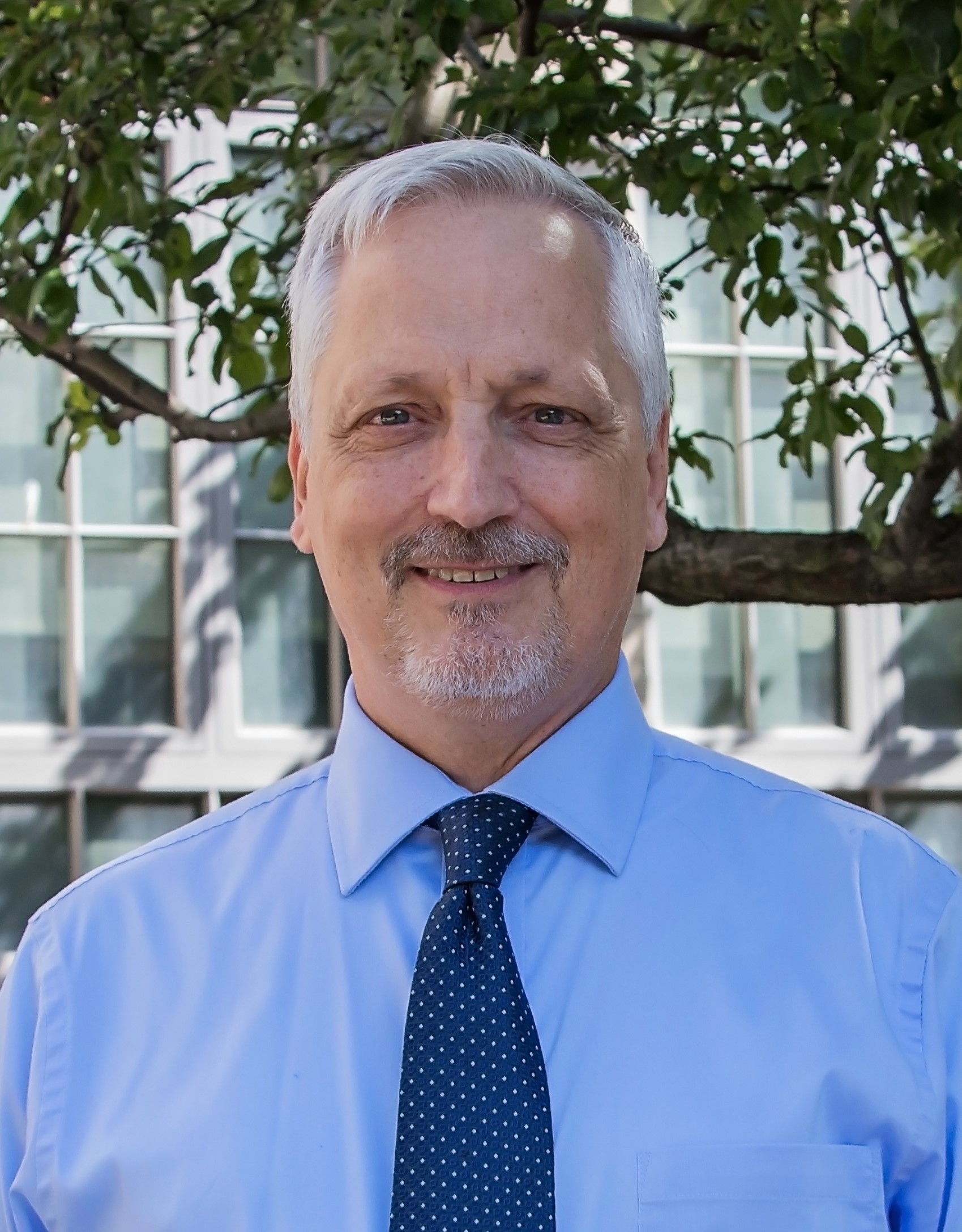 Trained as a surgical PA, upon graduation, Dr. Eifel entered a medical residency for physician assistants at the Cleveland Clinic Foundation and continued to work at the clinic in urology before leaving clinical practice to become a PA educator at Shenandoah University in Winchester, Virginia.

During his career in education, Dr. Eifel has been a member of the team that started an online PA program at James Cook University in Queensland, Australia and recently closed the program he graduated from in Cleveland in December 2018 following the institutions decision to withdraw from accreditation and cease operations. Dr. Eifel earned an Ed.D. from the George Washington University in Higher Education Administration completing research on transformational leadership in PA program directors.

Dr. Eifel has presented at multiple national meetings and served as a member of the Research Mission Advancement Committee with the Physician Assistant Education Association. In 2018, Dr. Eifel was recognized as a Distinguished Fellow of the American Academy of PAs.

Dr. Renee Andreeff Ed.D., PA-C, DFAAPA serves as the Program Graduate Research Director for the Physician Assistant Department at D'Youville College and has over twenty-two years of PA experience in Family Medicine.  She earned her Doctorate degree in Health Education from D'Youville College and her master's degree in Physician Assistant Studies from the University of Nebraska Medical Center.  Dr. Andreeff also holds a Master's in Education Degree and a Certificate in Health Service Administration.

Her awards and honors include:  Distinguished Fellow: American Academy of Physician Assistants, January 2014; and the PA Department Faculty Member of the Year (2007, 2013).

Juan Carlos earned his Bachelor’s degree in Business Management from DePaul University (Chicago), where he was selected to be the Student Commencement Speaker for his class (2012).  He is currently earning his MBA from Butler University's Lacy School of Business.

He is a member of the Butler Staff Assembly Committee for Personal & Professional Development and he currently serves as a mentor for the Youth Mentoring Initiative (HSE School District).  He is a published author of the instructional book “Coaching Youth Sports” and the children’s book “I Love My Daddy…”  He is also a distributed filmmaker of the independent feature film “Everyday” (2001). 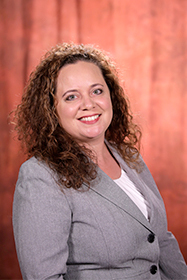 She continues to volunteer for community health & wellness organizations, contribute her expertise to tobacco treatment centers across Florida, publish her work regarding tobacco treatment and intervention, and guest lecture on a variety of topics in professional healthcare. 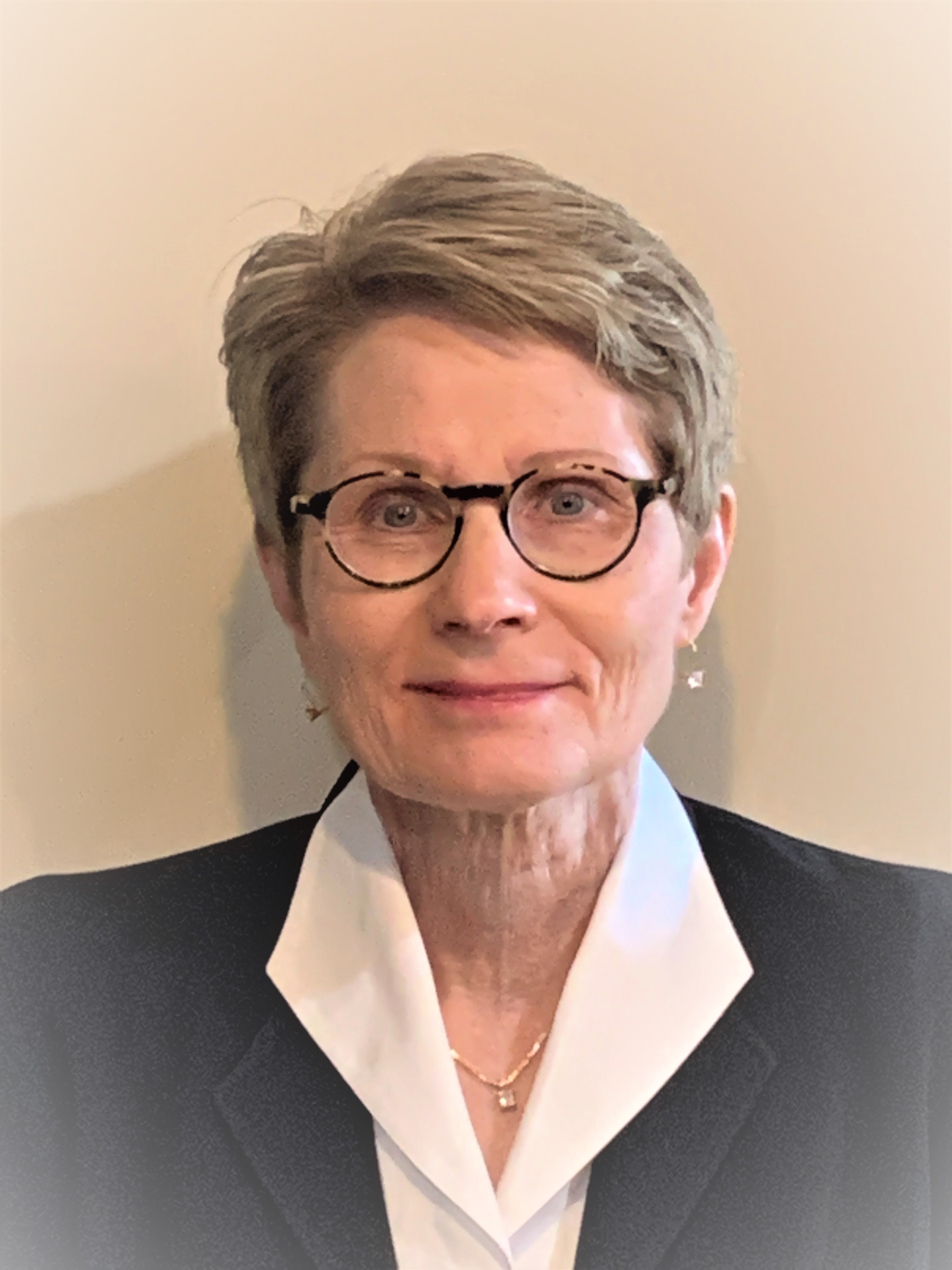 Dr. Katherine Jones, PT, PhD was previously with the College of Allied Health Professions at the University of Nebraska Medical Center (2007-2018).  She completed her doctoral training through the Medical Sciences Interdepartmental Area program at UNMC with a concentration in Health Services Research.

Dr. Jones’ body of work includes a study of voluntary medication error reporting and organizational learning in rural hospitals; the impact of team training on the culture of safety in Nebraska critical access hospitals; the quality of acute stroke treatment and stroke rehabilitation in Nebraska hospitals; and the use of a multiteam system to decrease the risk of falls and fall-related injuries among Nebraska critical access hospitals. She is currently a consultant to a Nebraska entrepreneur, funded by the NIH Small Business Research Program, to develop an automated video monitoring system to decrease fall-risk among hospitalized patients. She has authored 25 peer-reviewed publications.

Dr. Jones is currently President of the Board of Directors for the Nebraska Coalition for Patient Safety.  She is certified as a Patient Safety Officer, a TeamSTEPPS Master Trainer, and a Just Culture Champion. She is a member of the American Physical Therapy Association and AcademyHealth.

She received a Patient Safety Leader in Action Award from the Texas Medical Institute of Technology in 2006 and the Rural Health Achievement Award from the Nebraska Rural Health Association in 2010 and 2018. Dr. Jones received a UNMC New Investigator Award in 2014 and she was the 2016 College of Allied Health Professions Excellence in Research Award recipient.  Courtesy of the University of Nebraska Medical Center. 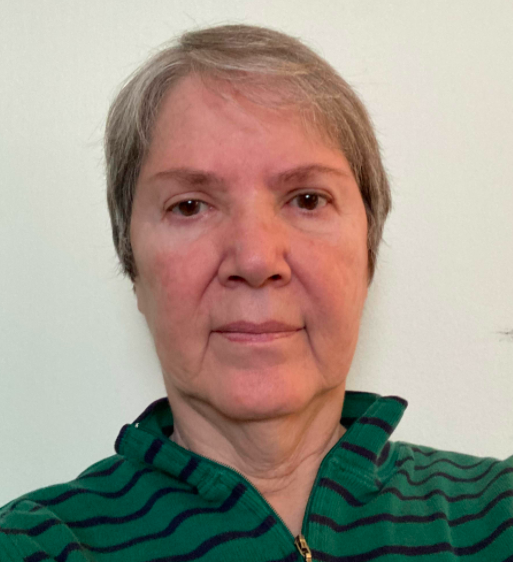 Dr. Sandra Meria Keavey DHSc, DFAAPA, PA-C earned her Doctorate in Health Sciences from Nova Southeastern University (Florida) and currently serves as a PA Faculty Member at Concordia University (Michigan).  A Physician Assistant practitioner since 1981, she also served as the PA Program Director for Lenoir Rhyne University (North Carolina) and as a Physician Assistant for several branches of the US Armed Forces. 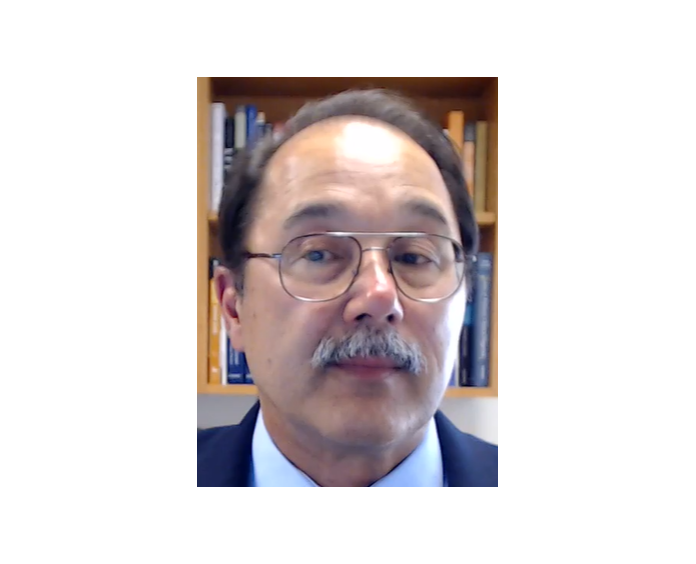 Dr. John E. Lopes Jr., DHSc, PA-C, a Professor Emeritus in the Physician Assistant Program at Central Michigan University was a regular faculty member from March 2006 until his retirement in May 2021.  He has over 40 years of primary care experience including 14 years in the U.S. Air Force, 12 years in a Medicare certified rural health clinic in Southeastern Illinois, and two years in the English National Health Service.  For the last 12 years, using his clinical release time, he provided medical monitoring of methadone therapy for clients of an opiate treatment clinic.

He received his Physician Assistant Training in the U.S. Air Force, receiving a certificate of completion from the USAF School of Health Care Sciences.  He received his Bachelor of Science from the University of Nebraska Medical Center in Omaha.  He was awarded a Master of Science in Technology Education by Eastern Illinois University, Charleston. He holds a Doctor of Health Science degree from Nova Southeastern University, Fort Lauderdale, Florida. 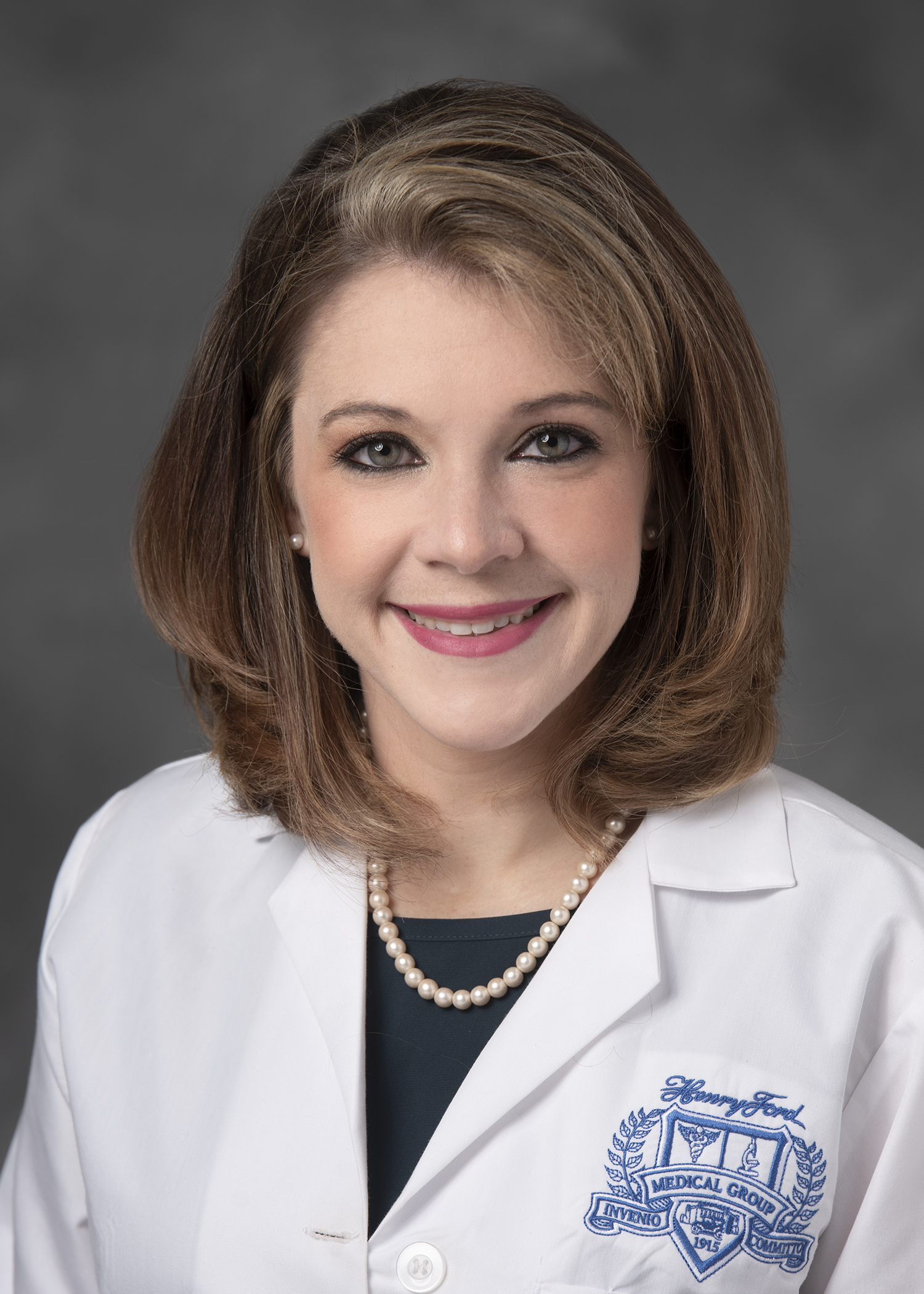 Dr. Ashley Malliett DMSc, MPAS, PA-C is a graduate of Wayne State University’s Physician Assistant Program and earned her Doctorate of Medical Sciences from the University of Lynchburg. She has served as a Cardiology Physician Assistant, specializing in Advanced Heart Failure and Cardiac Transplant since 2011.

Dr. Malliett is the Vice Chair of the Henry Ford Health Systems Advanced Practice Provider Council, serving on multiple system-wide councils representing over 900 APP’s within the health system. Her background in leadership studies and organizational behavior has helped shape the ongoing development of the system’s first APP governance structure. Her passion for education and desire to mentor the next generation of PA’s has led her to be a preceptor of PA students and guest lecture to multiple programs.

Dr. Malliett continues to serve on the Board of the Michigan Academy of Physician Assistants in the role of chair of the CME committee since 2018. In this role she has facilitated, produced, and organized annual conferences and CME events for over 700 attendees annually.

Dr. Malliett has presented at multiple state-wide conferences and is active in clinical research. Her area of research interest pertains to Cardiac Allograft Vasculopathy in the Heart Transplant patient and the relationship of EBV to PTLD.

In her free time, Dr. Malliett can be found camping, mountain biking, or canoeing with her husband and two children. 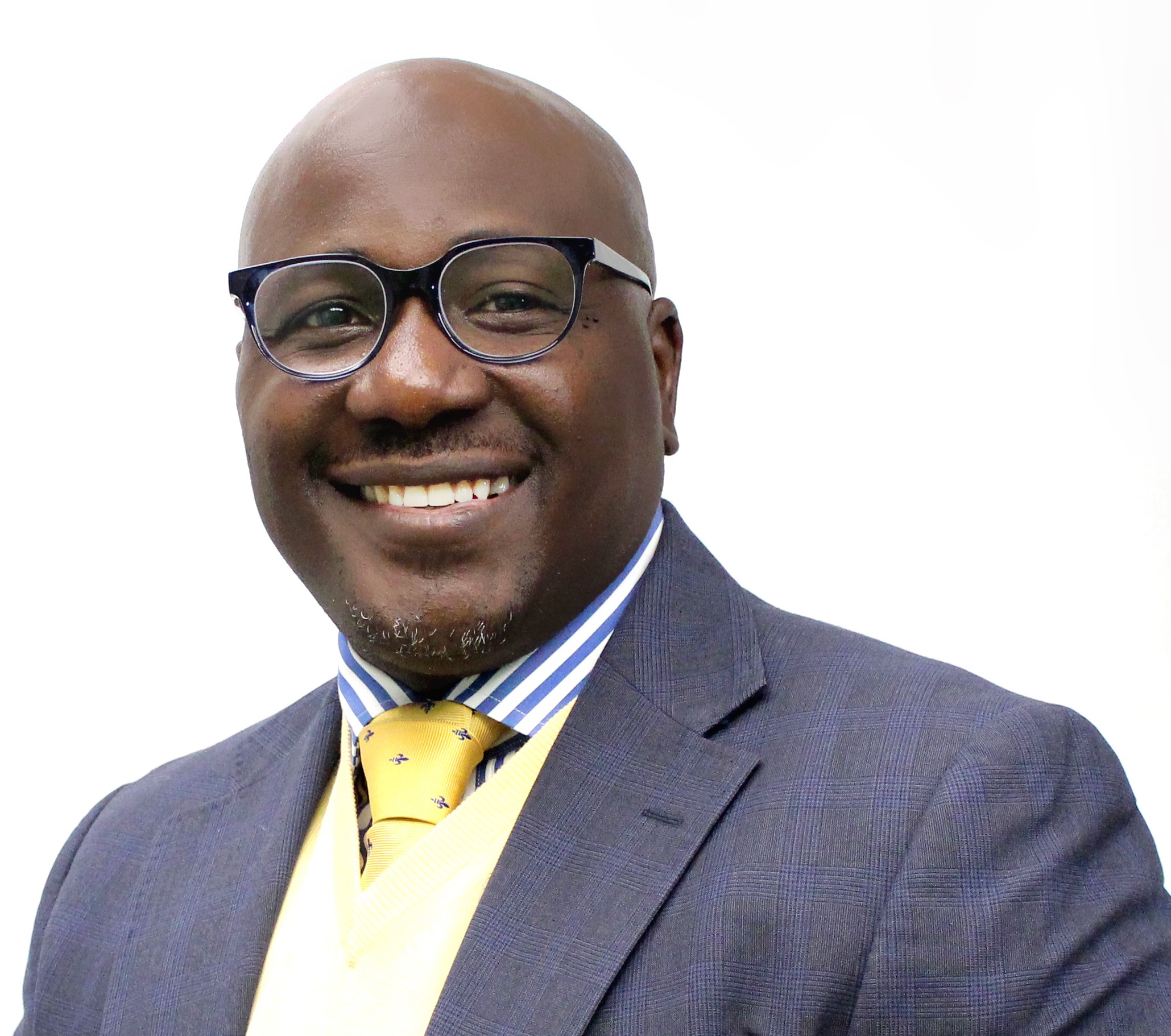 Dr. Folusho Ogunfiditimi, DM, MPH, PA, DFAAPA has more than 21 years of healthcare experience and earned a Bachelor’s degree in Physician Assistant Studies from Howard University, a Master’s degree in Public Health from the Medical College of Ohio, and a Doctorate in Organizational Management from the University of Phoenix.

A former officer in the United States Army Reserves, he is currently the Administrator of Practice Management for the organization: Florida Health Care Plans, where he oversees the daily operations of 21 clinical outpatient centers, including 14 primary care and multispecialty practices, six Extended Hour Care Clinics (Urgent Care), and one Ambulatory Surgical Center. 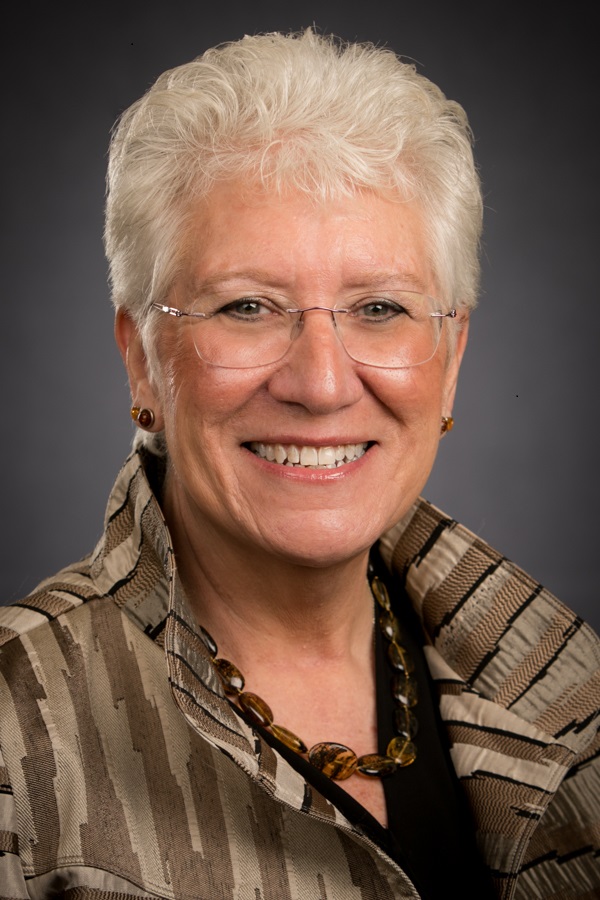 She continues clinical practice by volunteering at the local free clinic and developing a community-based outcomes program.

Dr. Porter serves as an Adjunct Professor for the University of Lynchburg (VA) and the University of Bridgeport (CT), and is a frequent lecturer with various organizations.  He also holds Professional Memberships with the American Academy of Physician Assistants (AAPA), the Mississippi Academy of Physician Assistants (MAPA), and the Mississippi Telehealth Association.